Azerbaijan is obliged to withdraw its troops from the sovereign territory of the Republic of Armenia: meeting of the Ministers of Foreign Affairs of Armenia and Portugal 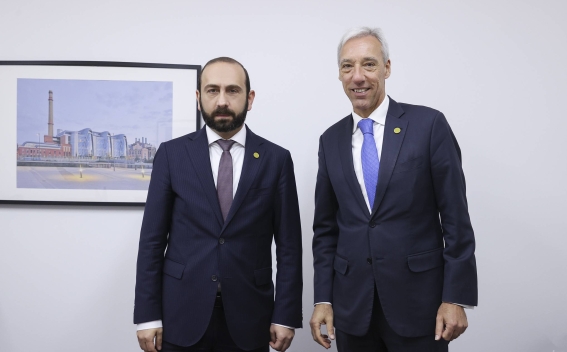 Emphasizing that this year marks the 30th anniversary of the establishment of diplomatic relations between Armenia and Portugal, the Foreign Minister of Armenia highly appreciated the Armenian-Portuguese friendly ties and partnership relations.

A number of international and regional issues were also touched upon during the meeting. In this context, Minister Mirzoyan emphasized the importance of deploying the EU Monitoring Mission in Armenia.

The Foreign Minister of Armenia briefed his Portuguese counterpart the ongoing developments in relations between Armenia and Azerbaijan, around Nagorno-Karabakh, and reiterated the position of the Armenian side that Azerbaijan is obliged to withdraw its troops from the sovereign territory of the Republic of Armenia, to stop its maximalist and warmongering rhetoric.