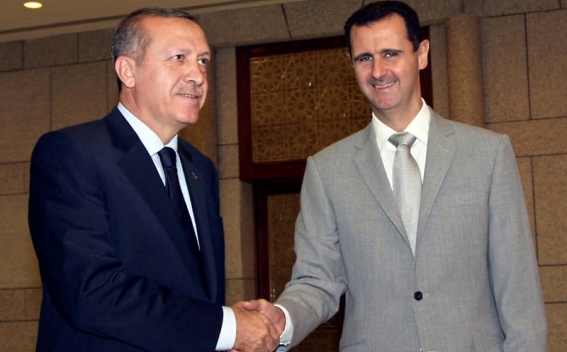 Arranging a meeting between Syrian President Bashar Assad and his Turkish counterpart Recep Tayyip Erdogan in Russia is possible, but there are no details on the issue yet, Kremlin Spokesman Dmitry Peskov told reporters on Friday, TASS reports.

"There are no specifics yet. However, there is potentially such a possibility," the Kremlin spokesman said when asked about the possibility of this meeting transpiring. In this regard, Peskov recalled that Russian President Vladimir Putin had repeatedly said that contact between these leaders would be welcomed because they were in the interests of peace and stability in the region and throughout Syria. "Of course, the Russian side is ready to facilitate this in every possible way," Peskov stressed.

"So far there is nothing to talk about in terms of details," Peskov added, responding to a question clarifying whether Moscow had sent specific proposals for the meeting to the leaders of Turkey and Syria.