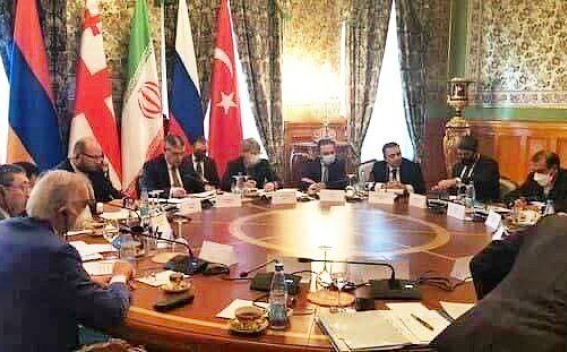 A new meeting of the South Caucasus Platform ‘3+3’ (Azerbaijan, Armenia, Georgia - Russia, Turkey, Iran) is being prepared, the dates and the agenda are now being agreed upon, Russian Foreign Minister Sergey Lavrov said on Monday at a press conference following talks with his Azerbaijani counterpart Jeyhun Bayramov, TASS reports.

"We also talked about the activities of the consultative regional platform, I mean the three South Caucasus republics and their three neighbors: Russia, Iran and Turkey. This was once the initiative of the President of Azerbaijan, and the first meeting has already been held. And now we are preparing another such event and agree on specific dates and the agenda," he said

The first meeting of the platform for cooperation in ‘3+3’ format, dedicated to ensuring peace and stability in the South Caucasus, was held at the level of Deputy Foreign Ministers on December 10, 2021 in Moscow.