Temporarily, Until January 1, 2024 Providing RA Citizens’ Biometric Passports to be Stopped: Amendments and Addendum to the Law on RA Citizen’s Passport 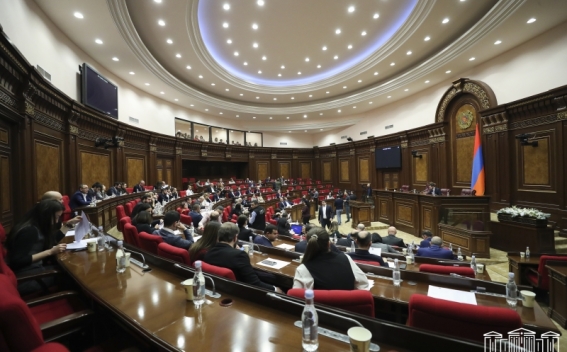 It is designed by the draft law on Identification Cards to extend the term of providing passports envisaged by the decision of the Government of the Republic of Armenia N 821 of December 25, 1998 until December 25, 2023 and provide the identity cards until setting their description by the decision of the RA Government without electronic storage. The RA Deputy Head of Police Ara Fidanyan said about this.

The package of the draft laws on Making Amendments and Addendum to the Law on the RA Citizen’s Passport and the enclosed presented ones authored by the Government was debated at December 6 regular sitting of the National Assembly.

Temporarily, until January 1, 2024, providing biometric passports to the RA citizens will be stopped,

Until the creation of the biometric passports with new technologies and security conditions of the future generation and gradually the replacement of the old passports with. the new ones

Noting that numerous problems were caused connected with providing the identity cards, the deputy Zaruhi Batoyan was interested in the sphere regulation process.

“At present, all the persons, who need to use identity cards in their everyday life, are indiscriminately provided. Their provision will be carried out until February 15, 2023 after which identity cards will be provided without electronic memory,” Ara Fidanyan clarified.

Regarding the queues caused in different sub-divisions of the Passport and Visa Department, the key rapporteur clarified that one of the reasons is that the volume of the documents being provided by the subdivisions had essentially increased.

The co-rapporteur, the Deputy Chair of the Standing Committee on Defense and Security Armen Khachatryan noted that the biometric passports given in 2012 do not meet today’s requirements, do not include all the data, which are necessary. Therefore, a relevant committee was created by the RA Deputy Prime Minister, and the form and content of the document are worked out which should be after January 2024.