December 7th, 1988, was one of the most tragic days in our history: Vahagn Khachaturyan 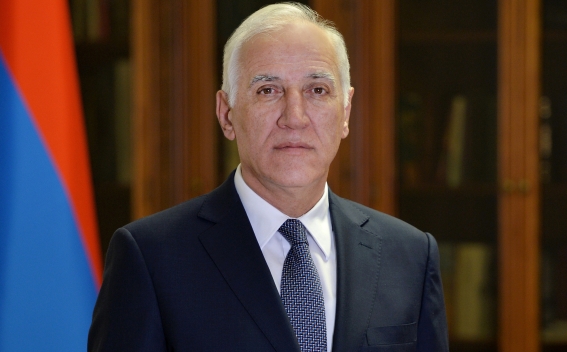 President of Armenia Vahagn Khachaturyan on Wednesday issued a message on the 34th anniversary of the Spitak earthquake.

Today we commemorate the innocent victims of the devastating earthquake in Spitak and bow to their memory.

December 7th, 1988, was one of the most tragic days in our history.

34 years ago, around thirty thousand Armenians lost their lives as a result of the natural catastrophe and hundreds of thousands of Armenians became homeless. The country's economy, the population's potential and psychology were dealt a huge blow, the consequences of which are visible even today.

In the meantime, natural catastrophes test the states and peoples, demonstrating the level of resistance of the statehood and the society.

In the times of ongoing war, in the fateful period of statehood formation, through enormous efforts, our people managed to unite, strengthen in spirit and will and build and create again.

Our compatriots scattered all over the world, the friendly states and individuals didn’t stand aside from this sacred cause, providing their invaluable and irrevocable support in eliminating the consequences of the earthquake, restoring our settlements, educational and industrial institutions.

Today, all the efforts of the state and the society should be aimed at the elimination and neutralization of the substantive and moral consequences of the earthquake, for the best way to pay tribute to the memory of the victims is to have restored, developing and flourishing cities and villages, educational institutions, thriving gardens and brightly lit streets in Gyumri, Spitak, Vanadzor and many other communities."