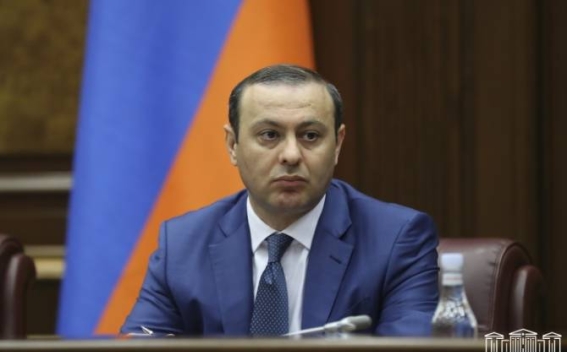 There is only one point around which Armenia and Azerbaijan agree upon – the establishment of diplomatic relations within the framework of the Vienna Convention, the Secretary of the Security Council of Armenia Armen Grigoryan said, Armenpress reports.

Grigoryan was asked in parliament by opposition MP Agnessa Khamoyan to present details from the proposals handed over by Azerbaijan around the possible peace treaty.

Grigoryan said that given the peculiarities of the negotiations they decided not to disclose it, however he said that the Armenian people are well aware of all problems that exist between Armenia and Azerbaijan. “It is the Nagorno Karabakh conflict, the un-delimitated and un-demarcated border, which we are trying to delimitate and demarcate, the unblocking, and there are humanitarian issues. And the discussions are generally in these directions,” Grigoryan said.

Khamoyan said that factually the draft has been edited already three times and asked whether or not there is any issue around which there is agreement with Azerbaijan.

“I have to say something regrettable, but there is only one point around which we agree. That is the establishment of diplomatic relations within the framework of the Vienna Convention. There is no clear agreement in all remaining issues,” Grigoryan said.