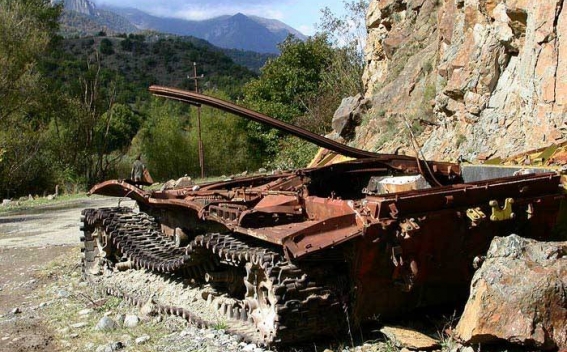 January, which began with an unprecedented tension on the Armenian-Azerbaijani and Karabakh-Azerbaijani border and the deaths of dozens of soldiers from the both sides, is coming to an end, reminding all of us about the term "relative calm", that for so long time has so little been used in the Karabakh issue. The ceasefire agreement, according to which the sides should not shoot at each other, is not being kept: information about shooting and deaths of soldiers on the border, alas, is like usual reports from the frontline. In 1994 the sides agreed not to fire, however, till nowadays one of the sides – Azerbaijan, does not agree with the suggestion of the OSCE Minsk Group to withdraw its snipers from frontline. This would have contributed to the preservation of many young lives, but as it is said "in war, as in war".

Together with the increase of tension in the Contact Line, an increase of tension in the official rhetoric can be seen.  The Ministries of Defense, the Ministries of Foreign Affairs and the Presidents once again "exchanged with compliments". "I think nobody doubts that Azerbaijanis will pay dearly for each life of our fellows: they have paid dearly, they pay dearly today and in the future it will remain the same. We have no reason to instigate a war. We do not instigate incidents on our own initiative. You are perfectly aware of it. And we never attack first. We do not need it at all. However, any incident directed against us has been followed and will be followed by an action of retaliation. Until recently, the response actions of ours have been symmetric in form and asymmetric in terms of inflicting more damage. From now on actions of retaliation asymmetric in form may also take place. The hotheaded have to expect countless surprises. Furthermore, in case we register a larger and more threatening accumulation of forces across our borders and the line of contact, we reserve the right to commit a preemptive strike," – announced Sezh Sargsyan in the meeting of the Defense Minister's Advisory Board.

The answer of the Defense Ministry of Azerbaijan followed this statement: "Azerbaijani armed forces will constantly increase its military capabilities and till the last drop of blood will fight for the restoration of the territorial integrity of the country and for ensuring that the Azerbaijani flag flies in all occupied territories, including in Shusha and Khankendi."

The talks about Azerbaijani flag, especially in the cities like Khankendi, which in reality does not exist, are being heard for such a long time that the President of Armenia, not having heard the statement of the Defense Ministry of Azerbaijan yet, answered beforehand: "The majority of the people gathered here remember well their menacing talk of the early 90s threatening to raise an Azerbaijani flag over Stepanakert. One of them went so off the handle as prattled of washing his boots in Sevan, and after Shushi they kept repeating every week that soon they would drink tea in Shushi. We witnessed all of that." At the same time, according to Serzh Sargsyan "the right path is to conduct and continue talks and come to an agreement within the framework of the well-known principles, and that is only possible through maintaining the truce and building bridges of confidence." As the President said "we can, and we should negotiate peace with a sober-minded partner. We should, and we certainly will enforce peace on an unsober adversary."

Sometime, in the not so far away 1994, the Azerbaijani side was really obliged to sign the ceasefire agreement. Do they need new losses and deaths of young people in order the unnecessary bravado is gone and steps for reaching peace were made? Is it the only language in which we should talk? And is there really a need for this kind of "exchange of compliments" to calm down the passions of January?