Armenian-Turkish Protocols Can Again be Send to National Assembly: Lawyer 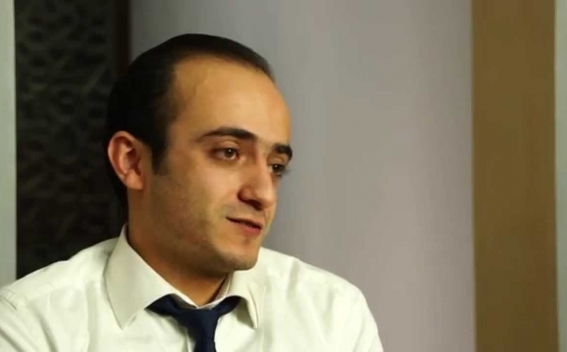 - According to the RA Constitution can the Armenian-Turkish protocols be submitted back to the RA National Assembly for the second time?

- The procedure of Armenian-Turkish protocols is regulated by the Article 39.1 of the RA Law “About International Agreements”. It should be noted that the Article 39.1 entered into force as a result of the change in the law in 2010. It is important to state that the law does not speak about withdrawal of the signature. The mentioned article of the law refers to the suspension or termination of the procedure.

In the letter of the President Serzh Sargsyan addressed to the Head of National Assembly, in fact there is nothing about the suspension or termination of the procedure.  If we try to literally interpret the content of the letter, it should be noted that the letter refers only to the withdrawal of the legal document; the act which is difficult to consider termination if one takes into consideration that in the Article 49 of the same law,  next to the word  “termination”  it is written “cancellation”: actually  these two words are considered to be equal in the law.

In this case another question derives: if the President’s letter does not suppose termination of the protocols, then it should suppose their suspension. The question is that ratification process of the protocols had already been suspended by the National Assembly. Consequently, the President’s letter can be viewed as another phase of suspension.  In this case President in fact can send them to the National Assembly for the second time.

- In that case can the protocols be once more sent to the Constitutional Court? Or if it is decided not to send the protocols to the National Assembly for the second time, instead to completely abandon them, what is the legal procedure to follow to ensure that the protocols no longer exist?

As I have already mentioned, the President suspended the procedure for the ratification of the protocols and not terminated it, that is why there is no necessity to turn to Constitutional Court for the second time , as  the  latter has already presented its decision on the protocols. At the same time it should be noted that there are still uncertainties connected with this procedure, the ones that are not clear for me as a lawyer.

The protocols can cease to exist in two cases: first, when the National Assembly refuses to ratify them, and second, when the President withdraws the signature of his representative from the document terminating the procedure of their ratification in accordance with the previously mentioned Article 39.1.