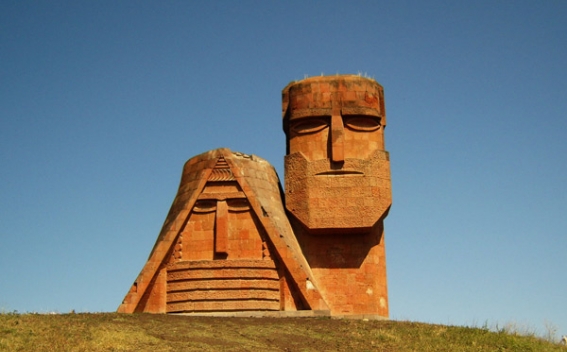 In two months parliamentary elections will be held in the Republic of Nagorno-Karabakh. Official Baku has already presented its official position on the elections, mentioning that these elections are illegal and will be considered by Azerbaijan as "as activity of an aggressor state in the territory of another country."

Baku had the same position during the previous election in the Republic of Nagorno-Karabakh. Instead, what is more essential, the elections in NKR are important for the international community – they are perceived as a serious step in the path of the development of a legal and democratic state.

The vivid evidence of what was said is the article published recently by France-Karabakh Friendship Circle several members, among them the mayor of Burg-Le-Valance Marlen Murie. In the article it is said:

"It is already 24 years that NKR without any foreign help is trying to strengthen its parliamentary democracy. It is 24 years that the country organizes local, regional and general elections. 24 years – NKR protects its society from the over-armed and petrodollar-rich-Azerbaijan’s aggression with moderate and responsible means accepted by all. In short, it is 24 years, that NKR has been able to form a legal country, which, sometimes without any success, we try to present to the whole world," – is said in the article. At the end of it the authors call to recognize the Republic of Nagorno-Karabakh as a "support to the small Karabakh democracy."

Really, during the 24 years of independence Artsakh has consistently developed its state institutions, has formed a civil society and democracy. Of course, Azerbaijan does everything to impede the normal development of these processes and it does so mainly by the use or threat of force. However, as a response to all these, NKR consistently develops, several times exceeding Azerbaijan in regard with democracy and the protection of human rights. In Azerbaijan the aforementioned rights and freedoms does not have any value, here an individual and his/her dignity are subject to the personal interests of the ruling regime.