An Incident in Armenian-Georgian Relations: Lack of Professionalism or a Selective Approach? 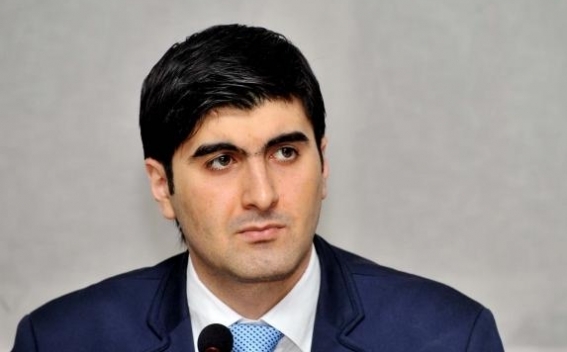 On May 4 an incident took place in the Armenian-Georgian relations, which was also widely disseminated by media. This refers to the noise over the meeting of the RA National Assembly Speaker Galust Sahakyan and the Speaker of the South Ossetian Parliament Anatoli Bibilov in the Nagorno-Karabakh Republic. First of all it should be mentioned that the main reason for this incident is disinformation and unprofessional work of media, which to some extend created a pressure on high-level officials from both sides.

The disinformation was that the Speaker of the South Ossetian Parliament had arrived in NKR with the RA NA Speaker’s invitation and the meeting was an official one. This, however, does not have anything to do with the reality. First of all the meeting was a non-official one and Bibilov’s visit to NKR was conditioned by the parliamentary elections there.

Besides disinformation, we also witnessed a vivid manifestation of unprofessional work style of media (mainly Georgian ones), when without checking the information, they start disseminating it, moreover collecting expert comments on false information. It should not be excluded that Azerbaijani certain forces also had their "contribution" iin such kind of wide dissemination of the disinformation and in the manipulation of the topic

More unclear was the reaction of the Georgian government, which can be described as "inadequate." Unfortunately, the unprofessional working style of many Georgian media became infectious for state bodies as well, as a result of which the Georgian government, instead of carrying out internal pressures with diplomatic channels, undertook open and unnecessary steps not consistent with the proclaimed bilateral good and friendly relations. The behavior of the Georgian side turns out to be more destructive, when it becomes clear that it is a result of a selective approach and in case of the same type and even more provocative steps of some other neighbors, the Georgian authorities would prefer a more moderate behavior.

The exaggerated and unjustified noise of the Georgian government is at least illogical, if we take into consideration the fact that Armenia has not once closed its eyes on open (or at least potential) anti-Armenian steps, the manifestation of one of such examples in those days we witnessed in Ankara.

Perhaps we can assume that the moderate and balanced approach of the Armenian side have by the Georgian authorities mistakenly been considered to be normal. However, as we see, our more consistent and vigilant policy towards our northern neighbor requires respective responses to the statements and comments coming both from state and expert level that are in some way related to the RA state and national interests. The fact that recently the statements coming from the Georgian side intentionally or unintentionally violate the principle of regional balance proves the necessity of adopting such policy.

To sum up, it can be mentioned that this incident once more proves that the Armenian-Georgian relations do not fully correspond to the declared level of bilateral relations and serious steps should be undertaken to really reach to friendly and good relations.