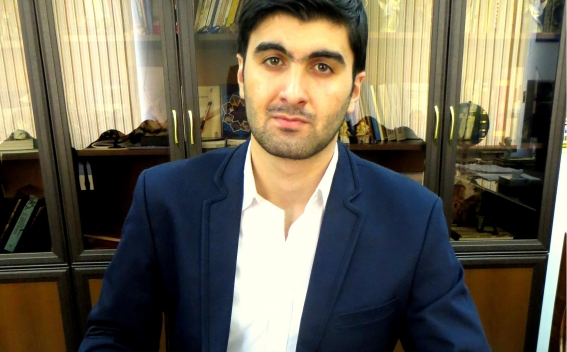 Negotiations on a comprehensive agreement of Iranian nuclear program have entered the final phase and if everything goes well, by June 30, an agreement between P5+1 countries and Iran will be signed, which will result to the cancellation of several sanctions.

Of course, such a prospect has already become the basis for many countries and companies, wanting to cooperate with Iran on developing various projects and business negotiations. In this regard the realization of Iran's energy potential and the possibility of restoring its former role in the international markets are very crucial.

The Director of International Relations of the National Iranian Gas Company, Azizullah Ramazani has recently made a very interesting statement on Iran's energy-related perspectives. In particular, he noted that Iran views the possibilities to access its own gas to the European market through "Turkish Stream" project. Taking into consideration the depth and flexibility of Iranian diplomatic thought, surely such statement should not be taken as an ultimate truth, but, however, this possibility is quite real.

In regional terms, nowadays, there are two distinct projects that can bring Iranian gas to Europe - the Trans-Anatolian (TANAP) pipeline with its Trans-Adriatic continuation and the "Turkish Stream", initiated by Russia.

Iran, which has been deprived of the opportunity to build new pipelines for the development of infrastructures for export for years, is now forced to make a choice between the Azerbaijani-Turkish TANAP and the Russian "Turkish Stream". In case of joining each of the projects a new pipeline construction is required, which is, naturally, both expensive and time-consuming.

It is noteworthy that the involvement of Iranian gas is very important for both projects, as it could be a major factor for their effectiveness. TANAP, which aims to export Azerbaijani gas (carried out within the framework of the Shah-Deniz-2 project) to Europe through Georgia and Turkey, for further enlargement and for supplying a substantial amount of gas to the European market, needs to ensure new sources. The problem is that, in spite of the propaganda thesis of Azerbaijan, Azerbaijan's gas reserves are not enough for the complete diversification of European energy sources, thus it’s not a coincidence that both Turkey and Azerbaijan offered Iran to join TANAP.

As for the "Turkish stream," it should be noted that in recent months this project has faced with various artificial obstacles (Russia's behavior on the 100th anniversary of the Armenian Genocide celebrations), but by the insistence of the Russian side, though with heavy steps, the project moves forward and soon the construction of the pipeline in the Black Sea will begin.

Russia has no problems in terms of supplying the necessary volumes of gas for pipelines, but by supplying the Iranian gas to the "Turkish stream," the capacity of viability of the project will increase for several times.

It is obvious that the reaction of the European side on the "Turkish Stream", supplied only by Russian gas and by Russian-Iranian gas, could not be the same. Besides, in this case, Russia will not go to confrontation with Iran (which is possible by exporting Iranian gas to Europe through other projects), on the contrary, it will strengthen the partnership.

Perhaps we cannot exclude that Russia and Iran had a mutual agreement in advance, which was seen through the Russian constructive stance in P5+1- Iran negotiations.

In addition, it is noteworthy that Iran, making a choice between the drafts, took into account such important factors, as the restoration of the power balance in the region, and the expansion of influence spheres.

As to the issue of how Iranian gas is to reach "Turkish Stream", then, in this case, two options are considered - the possibility of joining the pipeline either in the Turkish part of the "Turkish Stream" or in the Black Sea.

If there is a decision on joining "Turkish Stream" in the Black Sea, the possibility of reaching the Iranian gas through Georgia-Armenia transit, should not be excluded. This project is as unexpected as realistic, especially when the project is in Russia’s, Iran’s, Georgia’s and Armenia’s interests.