Syrian Conflict: the Range of Interests 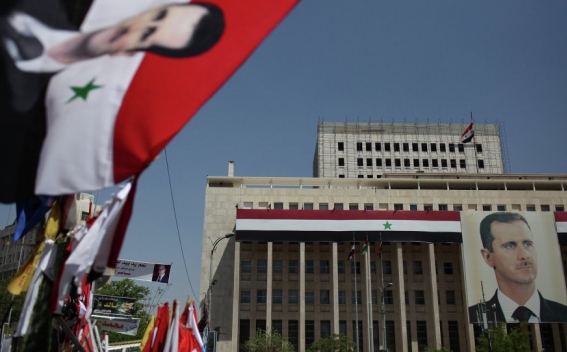 The start of Russian military operations in Syria received ambiguous reactions by other global and regional actors. Though the positions of the parties are the same concerning the fight against the Islamic State, they have almost contradictory attitude towards the current regime led by Assad and the so-called moderate opposition.

It was obvious from the beginning that the West in the face of regional partners and NATO, to put it mildly, would get nervous because of Russia's presence. A clear indication of this was the incident of violation of Turkish border by Russian jets. Taking into account quite good Russian-Turkish partnership, the noise raised by the Turkish side about the violation can be estimated as artificial. We can assume that Turkey and its Western partners are trying to use this violation for putting pressure on Russia, whose intervention in the Syrian conflict mixed their cards. Another interesting fact is that Turkey has started to use the factor of its membership in NATO and draw attention to violations of its air zone. NATO, as might be expected, could not remain indifferent to the actions of Russia, and NATO Secretary General announced that they are ready and able to protect all of their allies, including Turkey, from any threats, even not excluding the possibility of troops’ transfer. It began even to be discussed the possibility of extending the presence of US air defense systems in Turkey (the mandate ends at the end of this year).

As it can be seen, the tension between the parties is still growing. However, it should be noted that the Russian side tried to take constructive steps also, and the proposal of Russian side to United States, other countries of NATO and other members of anti-ISIS concerning the exchange of intelligence information on Syria, was one of the examples of such steps. The negative response of the coalition was another indicator that the countries involved in the Syrian conflict firstly value the implementation of its own priorities, than the effectiveness of the fight against Islamic radicalism, led by the Islamic State.

We can assume that the international coalition and Russia individually will continue their operations in Syria though there is a possibility of cooperation; it is too early to talk about it. All parties will try to "strengthen their positions" in the conflict, after which it will be possible "to bargain."

It is hard to predict the further developments, but we can certainly say that much depends on the Syrian military forces, which are still loyal to Assad, as international players cannot ignore existing realities.