Anti-Armenian Resolutions - a Result of the Omissions by PACE 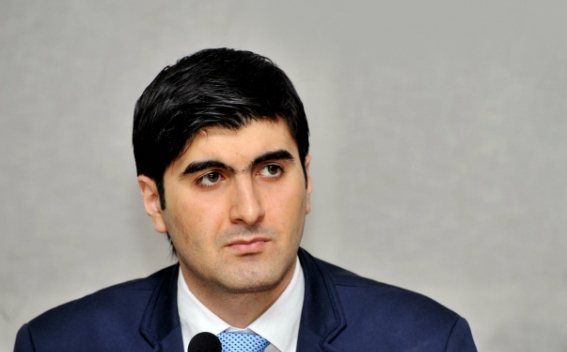 On January 26 two biased draft resolutions will be put for voting at PACE Winter Session.  In case of being approved, they will not have any legal effect and cannot impose anything either on the RA or on NKR. However, the inclusion of such projects on the PACE agenda is quite worrying, taking into account their one-sided nature and in that regard the very serious omissions made during the process of the preparation of the reports.

PACE is the world's oldest international parliamentary cooperation format, which only increases the expectations related to the quality and effectiveness of its decisions. The reality, unfortunately, is somewhat different. The fact that PACE, which did not and does not have any mission for conflict settlement, for finding political solutions and mediation, now tries to interfere in the Karabakh conflict settlement process by the initiative of parliamentarians serving various interests, is rather problematic. Forgetting for a while the content of the reports by PACE parliamentarians (which are the basis of those draft resolutions), it should be noted that any report prepared by PACE on Karabakh conflict settlement, adoption of a resolution or a statement (even if they were pro-Armenian ones), in fact, is a serious violation of a key principle of European institutions not to hinder each other’s work.

The fact that the reports were prepared without any consultations with the OSCE Minsk Group and without considering their views, speaks about this violation, as it is the Minsk Group that about two decades ago was given the mandate for Karabakh conflict settlement, and besides, hardly any other body masters all the nuances of the this conflict better than the OSCE. Having no experience of conflict resolution, nor mastering the peculiarities of Karabakh conflict, PACE in fact, cannot contribute to the political settlement of the conflict (this does not refer to humanitarian issues), moreover, with its initiatives it will hinder the activities of the OSCE Minsk Group. It is for the prevention of the possible destructive actions by PACE that in November of the last year and on January 22 of this year, the OSCE Minsk Group Co-Chairs made a joint statement, in which they emphasized that the mandate of Karabakh conflict settlement belongs to the Minsk Group only. Moreover, in their recent statement, the Co-Chairs sent a clear message to the PACE parliamentarians urging them "that steps not be taken which could undermine the Minsk Group’s mandate from the Organization for Security and Co-operation in Europe or complicate ongoing negotiations."

The fact that the OSCE Minsk Group openly delivers critical messages, on the one hand is a confirmation that its partner PACE has really gone too far this time, intervening in the Group’s mandated tasks, on the other hand it evidences that such destructive moves can have negative consequences in terms of conflict settlement.

As for the content of the resolutions included on the agenda of PACE Winter Session, they have already managed to get "anti-Armenian" qualification. Given the fact that the contents of the draft resolutions have been comprehensively discussed and criticized at various levels, let us outline only several key shortcomings:

1. the terminology used in the drafts contradicts the spirit of conflict settlement, it is one-sided and has a biased attitude towards the parties of the conflict;

2. the draft resolutions do not include the approaches of the government and the civil society of NKR concerning the conflict, despite the fact that it is directly related to the fate of NKR citizens;

3. the draft resolution on Sarsang reservoir, in particular, is a vivid manifestation of politicization of humanitarian issues, which does not contribute to the settlement of the issue, on the contrary, reduces the possibility of solving similar problems.

This list can be continued, but in addition to the various provisions introduced, the most important argument against PACE’s anti-Armenian resolutions is that they can become a cause for another destabilization of the region. PACE Parliamentarians who are rather far from our regional realities, hardly realize that these "high-profile" projects, if approved, may not provide even the slightest progress in the Karabakh conflict settlement process. They can become just one more reason to cheer  Aliyev up, and, as the experience shows, it is being reflected on the borders with the growth of  tension leading to new victims, including among civilians.

It is time that the PACE Parliamentarians thought deeper about the possible consequences of their own actions in order not to become an accomplice in murdering innocent people. As for the Armenian delegation of PACE, as full members of the organization, they themselves can come up with the initiative of PACE reforms, which will enable the organization not to deviate from its mission and more effectively solve the problems.