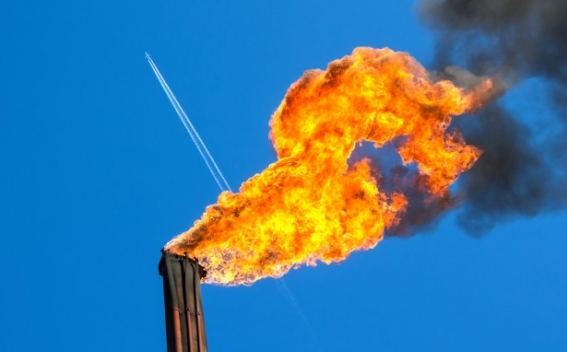 Recently, the head of the "Frontera Resources" American company, Steve Nikarsone, made an interesting statement at the Atlantic Council in Washington, which caused serious reactions both in Georgia and throughout the region. The head of the American company, which has been working in Georgia since 90’s, announced that due to explorations, natural gas reserves of 5 trillion cubic meters were discovered in Kakheti region. To imagine what great volume we are talking about, it should be noted that if this information is confirmed, Georgia with its gas resources will be the 10th in the world, ahead of countries such as Iraq, China, Norway, and Australia. Moreover, Georgia's gas reserves will be enough to meet domestic gas demand according to various estimates for 10-15 years. If we try to convert these resources into money, this is equivalent to about $ 800 billion.

The company's statement is impressive, but another issue is whether it is true. The problem is that such sensational news by "Frontera Resources" does not inspire confidence, because it is not the first time that the company is making such a statement, moreover, each time the volumes increase. Thus, in 2014 "Frontera Resources" announced about exploration of 40 billion cubic meters of gas reserves, and in October 2015 the head of the American company assessed Georgia's gas reserves of around 3.8 trillion cubic meters, and now, after 4 months, the company's estimates reached 5 trillion cubic meters. Moreover, the company has promised to organize oil production in 2020 and gas production in 2022 in Georgia. However, the company failed to take significant steps toward proving or realizing its promises and declarations, and that raises doubts.

The position adopted by the Ministry of Energy of Georgia also comes to prove this. Although the statement concerning the gas reserves caused great joy in the country, the Ministry announced that they expect a plan form the American company to prove the information on what it declared. Deputy Energy Minister Mariam Valishvilii even stressed that it is already 3 years that the company has been making such statements, but there is no proof on the existence or the possibility of the production of that reserves.

Georgian experts also do not share the public enthusiasm. Experts claim that the company's estimates (regardless of volumes) refer to the explored reserves, and as long as there are no data on proven reserves, it is too early to think about possible options for the use of gas. Moreover, some experts consider this "gas sensation" to be fake and a trick to attract investment funds.

The comments on the issue are various, however, regardless of the volume of the gas, it is too early to assess the potential impact it can have in terms of the Georgian economy and the regional supplies. For this kind of conclusions, it is necessary to have at least some data, such as - the volume of proven gas reserves, data on gas quality, on gas production cost and efficiency (especially taking into account the peculiarities of the relief, etc.).