What will Visa Regime Cancellation Provide to Georgian Citizens? 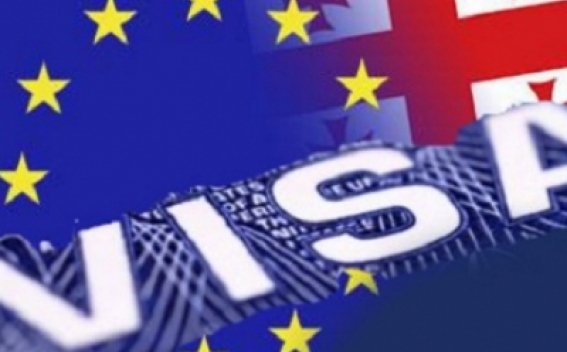 In the initiative it is noted that Georgia has fulfilled all the requirements of visa liberalization action plan and meets the criteria to free its citizens from the visa requirement.

According to preliminary estimations, it will take 3 to 4 months from European Parliament to make a decision regarding the legislative initiative, and, most likely, in early summer the citizens of Georgia will be able to visit the EU without a visa.

The EU decision was not a surprise, because in December 2015 the European Commission announced that Georgia has fulfilled the requirements of the visa liberalization Action Plan and in early 2016 the Commission would recommend the EU members to set visa-free regime for Georgian citizens in the Schengen zone.

Visa Liberalisation Action Plans was provided to Georgia by the EU in February 2013 and it complied a series of requirements (from immigration law amendments to fight against corruption), that Georgia was obliged to implement. The whole process consisted of two phases and was under the strict supervision of the European Commission.

It is noteworthy that in terms of the issue of liberalization of visa regime Georgia got ahead of Ukraine. The European Union was planning to come up with a similar initiative in early 2016 for the Ukraine. However, the European Commission adopted a decision only on Georgia and the one on Ukraine was most likely postponed, which has a number of objective and subjective reasons.

What will visa regime Cancellation provide to Georgian citizens?

Cancellation of the visa regime by the EU was a long-awaited decision in Georgia. If the European Commission's legislative initiative is approved, Georgian citizens who have biometric passports will be able to visit the Schengen area without a visa, and may stay there maximum 90 days within 180 days. It should be noted that about 780 thousand Gerogian citizens have biometric passports.

According to estimations, the cancellation of visa regime will contribute to people-to-people contacts and to promote business, social and cultural ties between Georgia and the EU. Georgian citizens will be able to visit  to all EU member states without visa except the UK and Ireland (their visa regime is regulated by a separate procedure). Due to the cancellation of the visa regime Georgian citizens can visit also non EU states, which are Schengen Zone countries- Iceland, Lichtenstein, Norway and Switzerland.

Indeed, thanks to such opportunity there is no doubt that in a short period the growth in the number of visits to Europe from Georgia will be significant, but most likely the majority of them will have a touristic character.

It is important to note that the cancellation of the visa regime for citizens of Georgia will not give them the right to work in the European Union, because it requires a special permit. The procedure naturally contains certain "disappointment" for the part of the Georgian society, which considers the option of solution of social problems by migrant labor. Because of the visa regime with Russia, as well as visa-related complications many Georgian citizens cannot go to work abroad. As a way of overcoming the problem is considered, for example, the acquisition of citizenship of Armenia, with which Russia has a visa-free regime. Another option is the possibility to go to other countries instead of Russia to work and in this respect the EU is also considered to be a good option.

It should be noted that the news of the EU’s decision on cancellation of visa regime caused some concerns among Georgian experts. According to them the cancellation of the visa regime with all its positive aspects, could be the beginning of a new wave of illegal migration from Georgia. The problem is more realistic because of Georgia's recent economic difficulties. Another factor that can contribute to migration is the existence of Georgian communities in several EU countries that exist since 90s and though they are not so big, maintain contacts with motherland.

Despite different opinions, one can argue that the liberalization of the visa regime with the EU will provide a major advance in terms of the development of closer EU-Georgia relations. Moreover, the free movement of people will contribute to the Europeanization of Georgia to, and the process of overcoming the stereotypes preserved from the Soviet period.