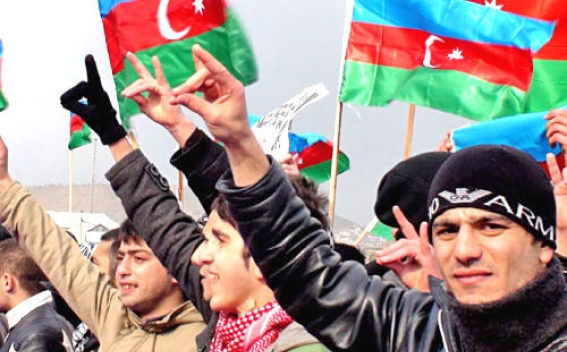 During the four-day war, information disseminated about the participation of Islamist mercenaries and Turkish nationalists in military operations along the perimeter of the NKR borders launched by Azerbaijan. Despite the fact that there is still no clear evidence to confirm this information, basis of several factors, the probability of the above cannot be ignored as well.

First, against the backdrop of the relative stability of the situation in Syria, as well as because of the limitation of transition ways  from Turkey to Syria, today in Turkey clusters of Islamist extremists, mercenaries exist, who either arrived in Turkey and now cannot go to Syria, or on the contrary, due to the success of the Syrian army they were somehow able to go to Turkey. These people, regardless of their number, are conflicting in their nature  and are a potential threat to the internal stability of Turkey. Consequently, the creation of a new hotbed of conflict, perhaps in geographically close areas where these militants could move is at least in the interests of Turkey.

Karabakh conflict more than meets these requirements, and the beginning of hostilities by Azerbaijan created a good opportunity on the one hand to support the "little brother", on the other hand to get rid of these undesirable elements. Given that Azerbaijan attempts to present the Karabakh conflict as a religious one, it can be considered that the ideological basis of the struggle is completely provided. In addition, for the authorities of Azerbaijan, it is of course more profitable with small amounts to hire militants with their petrodollars, and thus reduce the number of casualties among their own soldiers (in this case, Baku may opt out of the killed mercenaries): a relatively small number of killed Azerbaijani soldiers (in the case of Azerbaijan this figure is subject to fairly serious manipulation) would allow Baku to present this to society as a result of the power of its own army and technology.

This option makes quite plausible the fact that Azerbaijan has experience of using mercenaries: numerous facts proved that during the Karabakh war, some Chechens, Ukrainians, and other nations were fighting. In this very logic is embedded the news that those Azerbaijanis, who fought in Syria in the ranks of the "Islamic State" militants could have also participated in Karabakh-Azerbaijani war. This thesis is also very realistic, given that in Syrian fighting, according to various estimations, more than 1,000 citizens of Azerbaijan were involved. It is logical that some of these people have returned or are preparing to return home. Therefore, the issue of their "employment" during the war is also solved.

As for the possibility of the participation of Turkish nationalist group "Grey Wolves" in Karabakh blitzkrieg, this thesis is also quite realistic. First, in the context of  Panturkist ideology, Artsakh and Syunik are considered to be a wedge issue in the unification of the Turkic world. Second, in Azerbaijan, there are local structures of the "Grey Wolves", and their relationship with Turkey is quite a close one. Third, in Turkey large demonstrations were organized in the support of Azerbaijan, which were accompanied by anti-Armenian calls, burning of the Armenian flag, etc.

All this gives grounds to assume that members of this union had at least both the necessary motivation and the opportunity to participate in the war against Artsakh - in the name of "the unity of the Turkic world". Though there is not any data published yet about the participation of mercenaries in the four-day war, t is more than obvious that these groups of Islamists and Turkish nationalists have enough reasons for involving in hostilities. This should be taken into account in the course of our strategic planning.