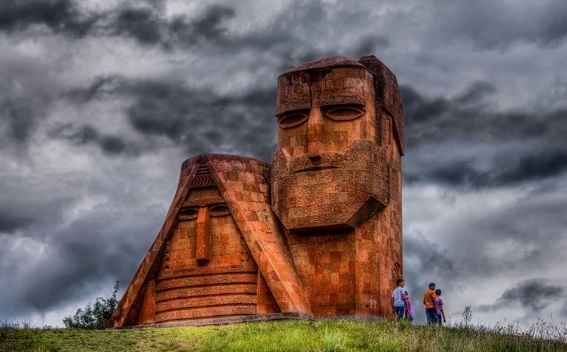 The four-day war once again proved that the balanced, not clearly addressed calls of the international community are not enough to deter the use of war rhetoric of the Azerbaijani authorities. For Ilham Aliyev, who has not seen the calamity of war,  various acts of sabotage, and even military aggression, regardless of the number of losses in military equipment and human resources, is just a game. The presence of such an, to put it mildly, "unpredictable" neighbor, is more than a serious threat,firstly for the physical security of NKR population.

In this situation, Republic, additional security guarantees are needed for the Nagorno-Karabakh Republic. Perhaps it was with acknowledging the importance of this that has led to the fact that after Aliyev’s April adventure, RA President Serzh Sargsyan announced in the National Security Council about the necessity of signing an agreement between the RA and NKR on mutual military assistance. On this occasion the president, in particular, said: "It is necessary to have the text of the agreement, to conduct relevant discussions and send it to the National Assembly. The Republic of Armenia fully meets its obligations in terms of the security of Nagorno-Karabakh population. We also have the legal right to it, because we were also a part of 1994 Armistice Agreement." It is significant that in this case the need for legal justification is also very important, because first of all it makes the similar initiative more perceivable for the international community. It is also a clear signal that such a decision is due to the inactivity of the mediator of Agreement on Armistice or the very international community.

As for the content of the RA-NKR agreement on mutual military assistance, it is logical that regardless of the recognition of the NKR, it must contain a point under which an attack on one of the parties is also an attack on the other party.

The fact that the given agreement changes the situation, is more than obvious, but to be satisfied only with this is also unacceptable.

The problem of additional guarantees of security of the Nagorno-Karabakh Republic cannot be considered only in the context of relations between the RA-NKR. In this sense, perhaps, the most viable option to settle the conflict may be the provision of security guarantees to the population of Artsakh by the co-chairs of the OSCE Minsk Group until the complete resolution of the conflict. This, of course, will also close all the ways for Azerbaijan to go peaceful solution of the conflict to a military one.

Furthermore, an additional guarantee of security of NKR can become the recognition of its independence by various countries. Experience shows that the very units that have recognized the independence of NKR are the main actors to speak about the Azerbaijani aggression, therefore,having UN member states among these units is more than desirable. As for the recognition of the independence of NKR by Armenia, it should be noted that this issue has always remained on the Armenian political agenda. Non-recognition of NKR independence by Armenia is a concession in order to maintain the constructive nature of the negotiations. However, as President Serzh Sargsyan said at the meeting with ambassadors of the OSCE member states on April 4, "If the military actions continue and have a wide-ranging nature, the Republic of Armenia will recognize the independence of Nagorno Karabakh." Of course, after the agreement on mutual assistance, the recognition of NKR independence will be the next important step to provide additional security guarantees, which, undoubtedly, will be carried out if necessary.

In a number of additional security guarantees for Karabakh, we also need to consider the greater involvement of the international community in the settlement process. This concerns, in particular, the need for having representations of various international organizations in Artsakh, primarily the OSCE (or co-chairs of the Minsk Group) representation. International stuctures should deal both with overcoming the humanitarian problems created because of non-recognition and in protection of human rights and democratic values, as well as the investigating various border incidents, cases of violation of ceasefire.

The fact that the four-day war proved that the main guarantee of the security of Artsakh is an Armenian soldier, is above any doubt. However, the correct use of additional security guarantees can not only prevent the likelihood of recurrence of military aggression, but also can enhance the overall stability in the region.