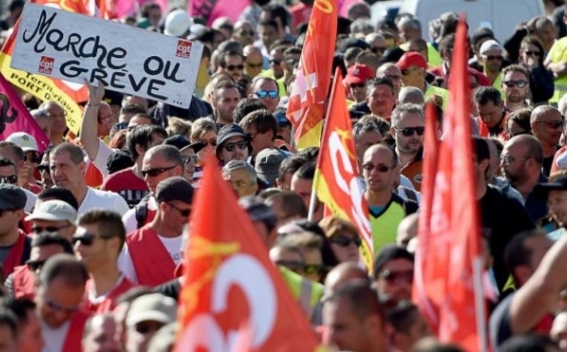 The ongoing wave of strikes and protests In France to which railway workers have also joined. In an unrelated dispute over pay, Air France pilots have also declared about a strike for June 11-14, which can put the European football championship under danger.

It should be mentioned, that despite the difficulties caused by the organized strikes, the large part of French, 46% supports protest actions. At the same time the French government is not going to go to compromises with trade unions. The government argues that the amendments to the Labour Code that give an opportunity to employers to have more freedom to hire and fire employees, as well as to increase the working week, are aimed at reducing unemployment. French President Francois Hollande  has mentioned that he is going to stand firm, because as he thinks it is a good reform.

However, Prime Minister Manuel Valls did not rule out the possibility of changes in the reform package. As a result of the demonstrations, which are often accompanied by clashes between demonstrators and the police, the French government has already made some concessions, introducing some changes in a number of controversial provisions of the bill, but further changes are possible only at the result of the parliamentary discussions.

It should be noted that due the initiative of French authorities, French president Francois Holland’s rating has reached to its lowest level, and in the case of acceptance of amendments, according to some analysts, the probability that he will be reelected in 2017 will be almost zero.