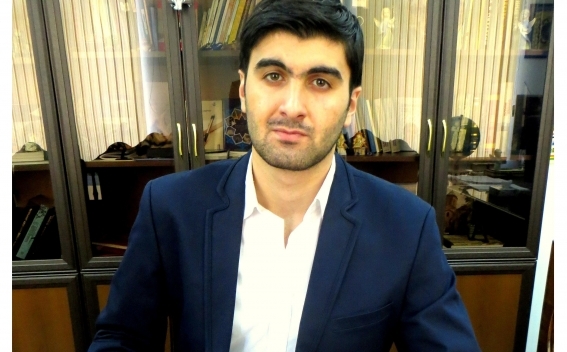 On June 2, the German Parliament will discuss a draft resolution entitled "Genocide and memory of the Armenian and other Christian minorities in the Ottoman Empire 101 years ago.” Various discussions about the resolution, as well as rumors about Turkish-Azerbaijani steps to prevent the adoption of the resolution circulating in the Armenian public circles, once again created great public expectations.

However, the experience has shown that such expectations are often artificial and without any ground, and often the importance of a resolution on the Armenian Genocide is overestimated. It is the non-realization of expectations or acknowledgment of the real meaning of the resolution that often results in a decadent mood and frustration, repetition of which is not excluded on June 2. Given all this, it is desirable to consider the current situation from a different point of view.

It is no secret that the Armenian issue, with its various components, had always been a significant factor in the foreign relations of different countries with Turkey. No matter how much painful it can be, the role of experienced weapons, the "carrot and stick" policy has survived to the present day. Consequently, the issue of recognition of the Armenian Genocide by Germany should be viewed in a broader context, namely in the context of the German-Turkish or European-Turkish relations.

Today, Germany, or rather, the EU, are both in a serious confrontation with Turkey. Making the migration crisis a serious playing card, the Turkish authorities have had the opportunity to demand something from the EU, expecting a variety of concessions, including the issue of accelerating the European integration processes. Self-confident Turkey's stance is also reflected in the aggressive statements by Erdogan, which in turn, cannot but worry the European countries. In this situation, the European Union or its leading country Germany, of course, should reconsider their arsenal, with the hope to find the tools for "slapping" Erdogan. In this sense, the question of recognition of the Armenian Genocide as a proven means to restrain Ankara, was more than a convenient option.

Consequently, only the fact that the resolution on recognition of the Armenian Genocide was included on the agenda of the Parliament (which, for example, did not take place on February 25 of this year as a result of the discussion in the Bundestag) has confirmed that Berlin has decided to put pressure on Turkey. In this situation, at least it cannot be ruled out that the fate of the Armenian Genocide recognition depends on whether Erdogan is ready to make concessions or not...

Given these factors, it is necessary to avoid unnecessary emotions and at the same time not to create artificial expectations associated with the discussion of the resolution on the Armenian Genocide in the German Parliament. Of course, given Germany's role in the EU, as well as in organizing and  implementing the Armenian Genocide, the adoption of resolution by the Bundestag will be quite a remarkable and important phenomenon, but we should not forget that the decision to adopt a resolution is in the first place due to the interests of Berlin.

The existing public sentiments give reason to believe that it is high time to make changes in the logic of the Armenian question. In this case pronouncing the term "Genocide" by the President of this or that country, or adopting a resolution recognizing the Genocide on the part of a Parliament should not be on the first place any longer. Instead, the restoration of violated rights with the help of irrefutable facts within the legal processes should firstly be in our mind.