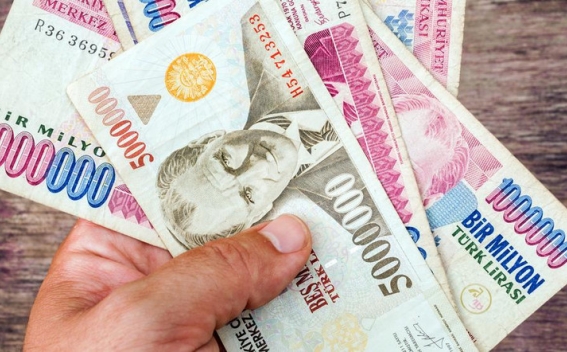 Turkish lira currency hit a record low against the U.S. dollar on Wednesday after ratings agency S&P lowered its sovereign credit outlook to "negative" from "stable", saying the polarization of politics had further eroded checks and balances.