Why and What for Does Turkey Extend the State of Emergency? 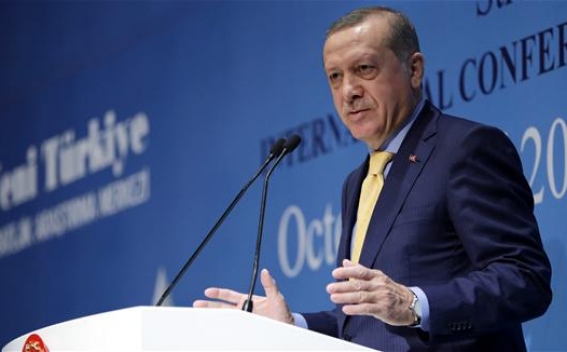 The Turkish government announced that a three-month-long state of emergency, which was supposed to expire on October 19, has been extended for another 90 days. The state of emergency was introduced on July 20, several days after the failed coup attempt in Turkey.

According to the Turkish constitution, the state of emergency enables Erdogan and the government to adopt new laws bypassing the parliament and to restrict the rights and freedoms of the population without any justifications. Under the state of emergency Turkish authorities have already detained thousands of people, violated human rights and freedoms, which has been repeatedly raised by various international human rights organizations.

Shortly after the government's announcement about the extension of the state of emergency almost 13,000 police officers had been suspended for their alleged links with Fethullah Gulen.

Erdogan continues to use "the fight against Gulen" to get rid of unwanted elements. He also successfully uses this factor in external relations, endlessly accusing the international community. In his speech at the UN science and technology conference on October 3, Erdogan blamed the US for refusing to extradite Pennsylvania-based Islamic cleric Fethullah Gulen. "We don't look for a court ruling whenever the US asks us for [the extradition of] a terrorist. But we have not seen the same from our partner," according to Hurriyet, said Erdogan, referring to Washington's stance on Gulen, who is accused of being behind Turkey's failed military coup attempt on July 15.

In any case, it's obvious that the situation in Turkey is fraught with unpredictable consequences. Erdogan is holding his own war inside the country and the fact of the extension of the state of emergency is one more proof. It is difficult to predict what will happen in the following three months, but one thing is clear: over time, Turkey continues to even backward, away from European standards and finally away from "its dream" of becoming a part of the European family.