French Chocolates Telling the World About the Armenian Genocide 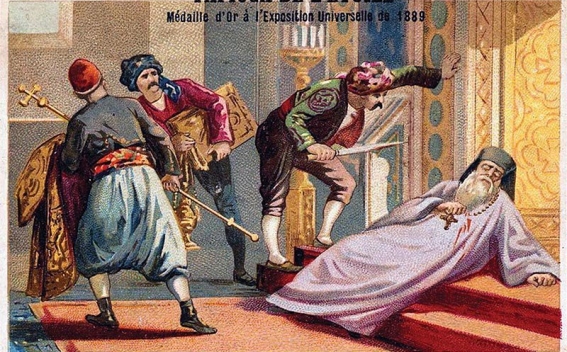 France "Chocolaterie d’Aiguebelle" chocolate company, which acted near the La-Trasp monastery, came up with a unique marketing trick for that time. The company began to produce candy boxes with different collector postcards, Artsakhpress reports.

Initially, the goal was to increase product sales. It was assumed that the buyer would buy candies for having a complete collection of postcards. But a few yaers later, the factory, which was earlier known among its customers with the portraits of famous people, animals and strangers, shook the whole world.

In 1899, the "Chocolaterie d'Aiguebelle" produced a collection of postcards called the "Armenian massacre", telling about the massacres of the Armenians in the Ottoman Empire at the end of XIX century. The series included 14 bloody postcards and each comment on it. On these postcards were depicted Armenians who were persecuted by the Turks and Kurds and were driven to the sea or sold to slaves.

The series of "Armenians massacre" included images telling not only about Armenians, but all Christians in general. The Chocolate Factory was awarded with the highest medal at the World Exhibition in Paris for the collection, which informed the world about the events that took place in the Ottoman Empire during that time. 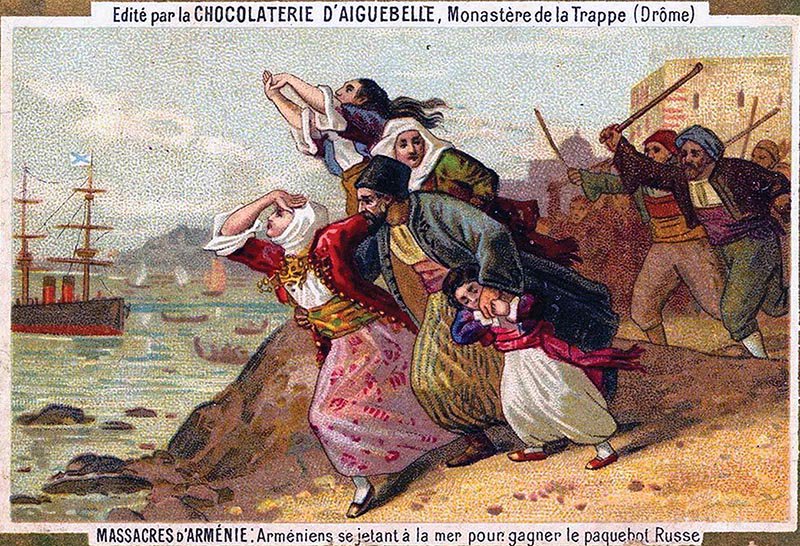 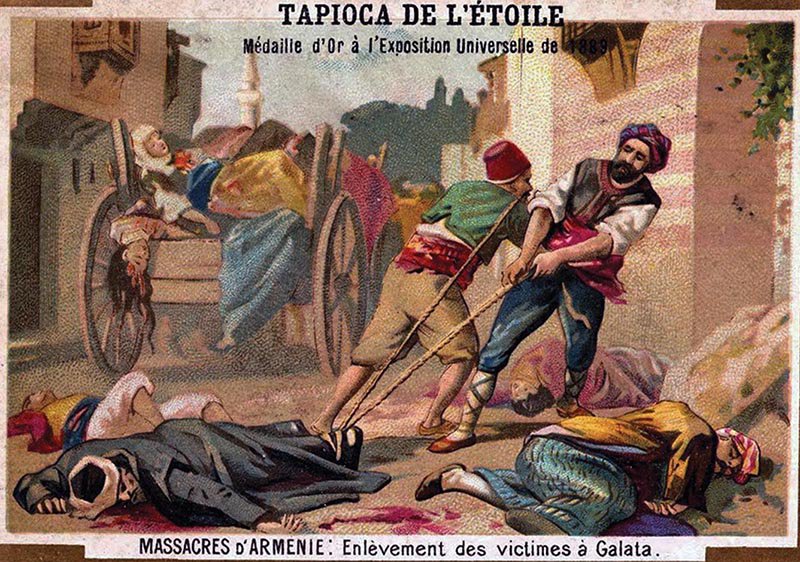 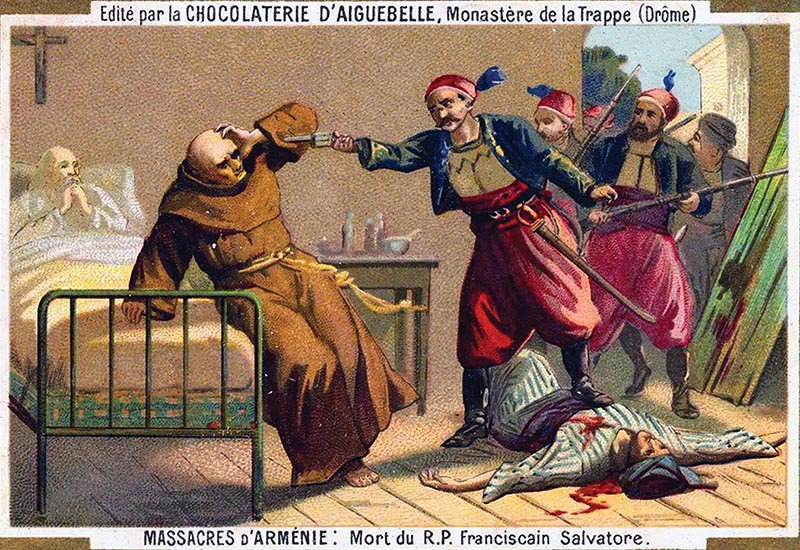 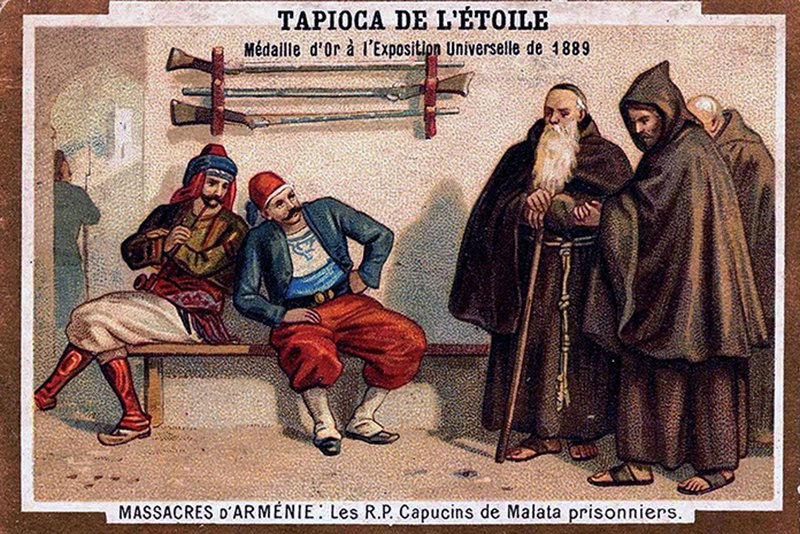 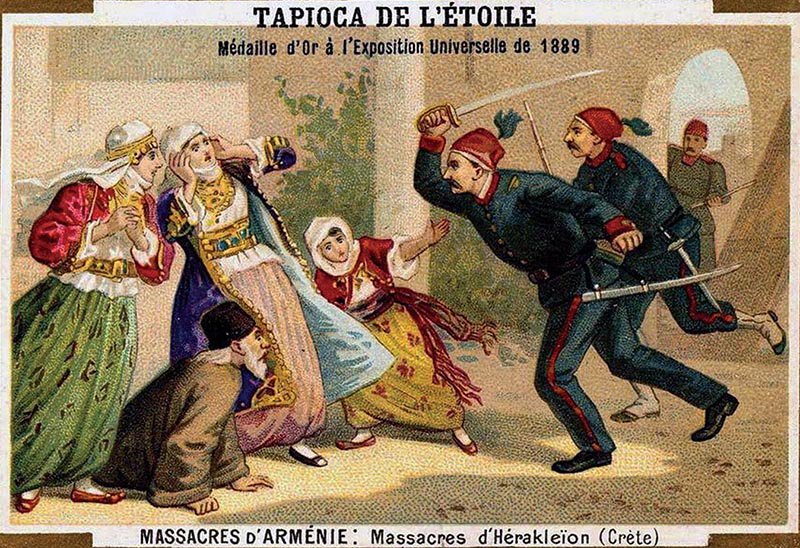 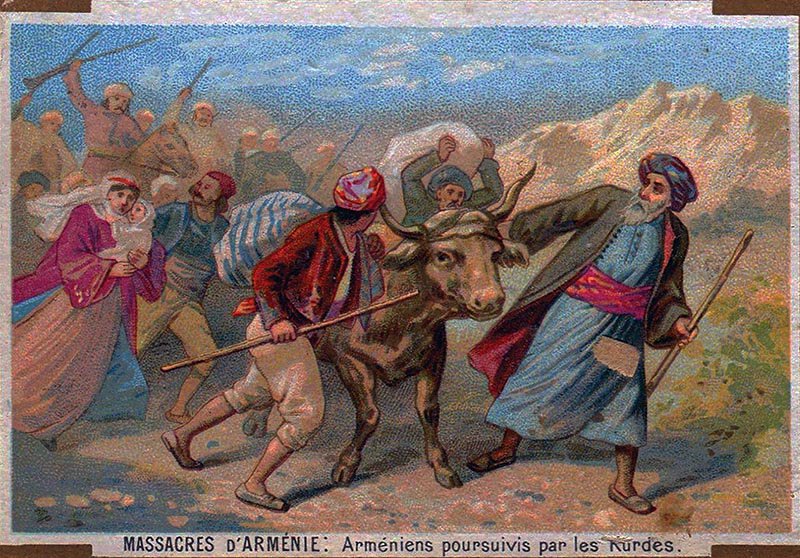 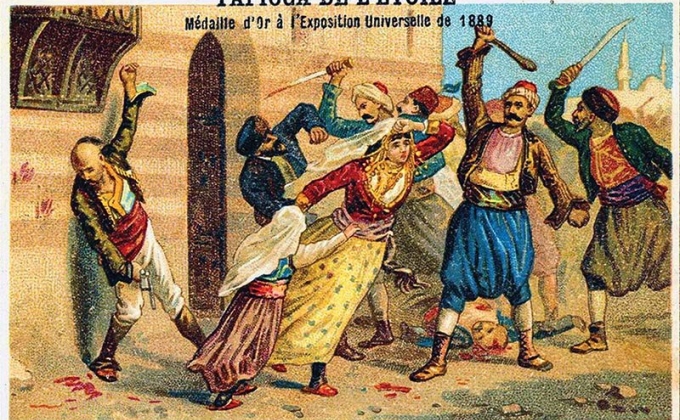