Why did Arab Countries Launch a Campaign Against Al Jazeera? 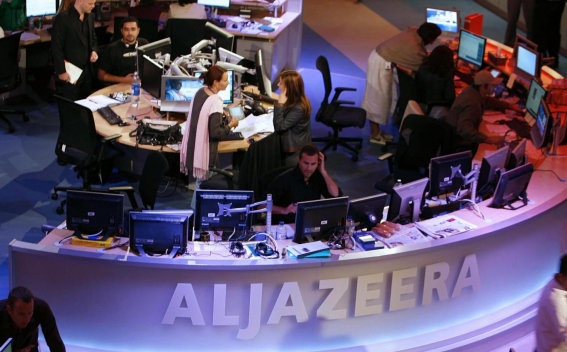 Saudi Arabia, Bahrain, UAE and Egypt have agreed to extend the deadline for Qatar ultimatum for 48 hours. It should be reminded that these four Arab states accuse Qatar of terrorist activities, and along a number of provisions, they also demand Al-Jazeera to be shut down. They view Al-Jazeera as a propaganda tool for Qatar's foreign policy, which agenda often conflicts with their own interests.

Al Jazeera is an international broadcasting company, the headquarter of which is in Qatar's capital, Doha. The TV company was established in 1996 by the Emir of Qatar. It gained an international recognition by broadcasting the coalition airstrikes in Afghanistan and Osama bin Laden's speeches. However, these are not the only exclusive stories that have been broadcast by Al Jazeera.  The channel used to show the speeches of Islamists and Arab nationalists in different Arab countries. The TV station claims that they raised the voices of those who did not have the right to speak out, and indeed it raised banned topics in many Arab countries. Al Jazeera has become the first Arabic news agency to send a correspondent to the Israeli parliament, organizing live broadcasts of the military operations in Gaza Strip in recent decades. During its activities, the channel had been expelled from the regional countries at least once, but its strategy has never been changed.

Based on the "editorial" policy, Al Jazeera highlighted the position of the "Muslim Brothers" Islamist organization in Egypt for the demonstrations in the framework of the Arab spring, often referring to popular uproar through its misinformation. The TV station continued its support for "Muslim Brothers" even after their overthrow in Egypt. However, the interference in the domestic affairs of neighboring countries has not been limited just to Egypt. The TV channel has also helped to overthrow Muammar Gaddafi in Libya. Al Jazeera's policy did not change during the coverage of Syrian incidents. It should be noted that dozens of journalists have left the channel because of its materials about developments in Syria.

However, in that period Al Jazeera was considered to be the main source of information on developments in the Arab countries, and other media outlets mostly took the information from the latter without checking its credibility. As a result, many people, including experts in the Arab world, have been guided by the views of Qatar's foreign policy interests. Although Egyptian authorities blocked the channel and its website in the country in 2011 during the demonstrations, it still continued to serve as the main source of coverage of those events. While the number of Al Jazeera's views increased by 2500%.

However, as a result of the information policy referring the Arab Spring's coverage, the TV company lost 86% of its audience in 2011-2013. In the recent years, Al Jazeera's number of viewers worldwide dropped by 43 million to around 6 million.

Despite the fall of Al Jazeera's reputation and the loss of the audience, neighboring Arab states of Qatar have some concerns that the latter, pursuing its own foreign policy and aspiring to gain dominance in the Arab world, may use the scenarios used during the Arab Spring to destabilize the inner-political situation.