Tension between US and Iran Has Not Affected the Armenian-Iranian Relations Yet: Narek Minasyan 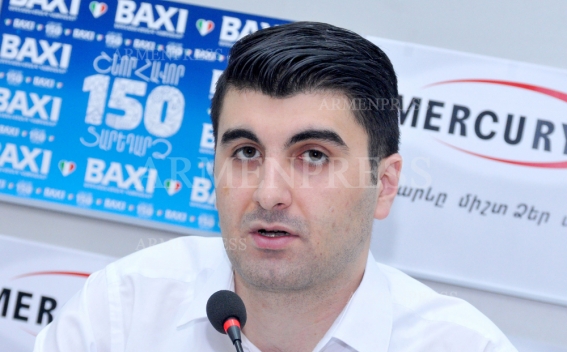 "Armedia" IAA talked to Narek Minasyan, an expert of "Insight" Analytical Center for Applied Policy and Research on the current stage of development of Armenian-Iranian relations and possible negative factors affecting them.

- How would you assess the current stage of Armenian-Iranian relations?

- Armenian-Iranian relations have entered a rather active stage of development. On the one hand, this is conditioned by the traditional warm nature of the Armenian-Iranian relations.  It is enough to remember that when Iran was under international sanctions, Armenia was one of the few countries trying to develop bilateral relations, including the implementation of different projects. On the other hand it is conditioned by the great potential of bilateral relations. Today, one can speak of both the deepening of the ties in the traditional areas of cooperation as well as the expansion of the cooperation, establishing new connections. The Iranian businessmen are also interested in the organization of production in Armenia, which is conditioned by the opportunities given by Armenia's integration processes. Armenia is a member of the EAEU and is a "window" to its market. On the other hand, Armenia has a GSP + privileged trade regime with the EU, thanks to which several thousand Armenian products are exported by zero customs duties. In addition, the free economic zone in Syunik region becomes reality, which can also serve as a platform for cooperation.

- Do the current US-Iran tension and the sanctions imposed by the United States on Iran somehow affect the Armenian-Iranian relations?

- It should be noted that the Armenian-Iranian political relations, in contrast to the economic relations that have great potential for development, are already at a high level. Perhaps one of its most vivid manifestations was the visit of the Armenia’s President to participate in the inauguration ceremony of Iranian President-Elect Hassan Rouhani (by the way, only 8 presidents participated). The participation on such a high level is quite symbolic and clearly highlights the Armenian-Iranian warm relations. It is noteworthy that from our region only Armenia was represented at the president's level.

As for the tension in American-Iranian relations, it can be explained by the policy adopted by the US President Donald Trump. Still in the pre-election period Trump made tough anti-Iranian statements and naturally now tries to remain loyal to his strategy. One of its manifestations is the bill approved by the Senate in early August, which imposes sanctions on Russia, North Korea and Iran. Although this bill was mainly targeting Russia, and sanctions on Iran were not so important, they have become the cause of pessimistic predictions among many experts. I think it is unrealistic to speak of the possibility of serious anti-Iranian sanctions as long as Iran's "nuclear deal" is maintained. Despite the tension between the US and Iran, it has not yet affected the Armenian-Iranian relations and the pace of the implementation of their joint projects.