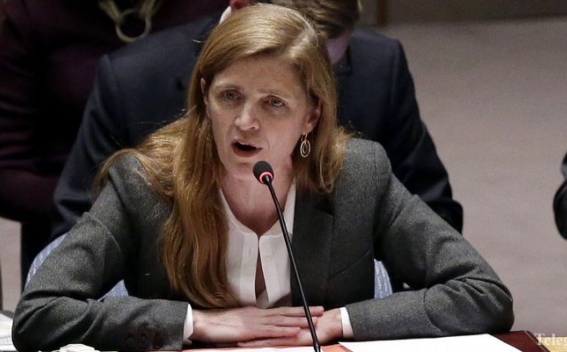 As a part of the Selection Committee, Ambassador Power will join the other esteemed humanitarians, human rights activists and former heads of state to determine future recipients for the annual $1.1 million Aurora Prize.

''We are very excited to welcome Ambassador Power to the Aurora Prize Selection Committee. With her notable experience on the world stage, she has made great strides in aiding those in the developing world and standing up for the most vulnerable members of our global community,'' said Noubar Afeyan, co-founder of the Aurora Humanitarian Initiative. ''With her unparalleled expertise in human rights around the world, we are honored that she will review Aurora Prize nominations and help shape the future of the Aurora Prize.''

Ambassador Samantha Power served as the 28th U.S. Permanent Representative to the United Nations and as a member of President Obama’s cabinet, and became known as one of the country’s foremost thinkers on foreign policy. Prior to her work at the United Nations, she served on the U.S. National Security Council as Special Assistant to the President and Senior Director for Multilateral Affairs and Human Rights, where she focused on atrocity prevention, United Nations reform, LGBT and women’s rights and the promotion of religious freedom, among other issues. She also authored the Pulitzer Prize-winning book, "A Problem from Hell: America and the Age of Genocide.'' Given her influential work in human rights and democracy, she has been recognized several times over, including as one of TIME’s ''100 Most Influential People'' and Foreign Policy’s ''Top 100 Global Thinkers.''

''The Aurora Prize and its laureates recognize that, while it is essential to remember past atrocities, we each have the power to assist those who are saving lives in the present,” said Ambassador Power. “I take great pride in being part of the Prize’s Selection Committee, which seeks to honor those who make great sacrifices to help others, and who find a way to mobilize human kindness and persevere amid steep odds.''