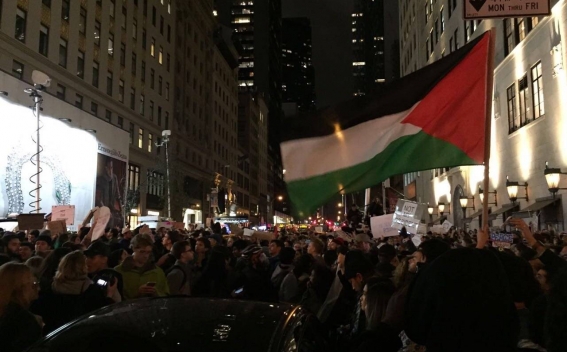 Hundreds of Palestinians took to the streets of Gaza and the occupied West Bank for the fourth Friday in a row, in protests against US President Donald Trump’s recognition of Jerusalem as Israel’s capital, Reuters reports.

Israeli tanks and aircraft struck Gaza in response to cross-border rockets fired by militants, the military said, targeting posts that belonged to Hamas, the Islamist group that controls the Palestinian enclave.

The military said it intercepted two of the three rockets fired into Israel. Police said the third struck a building causing damage. No casualties were reported in those incidents.