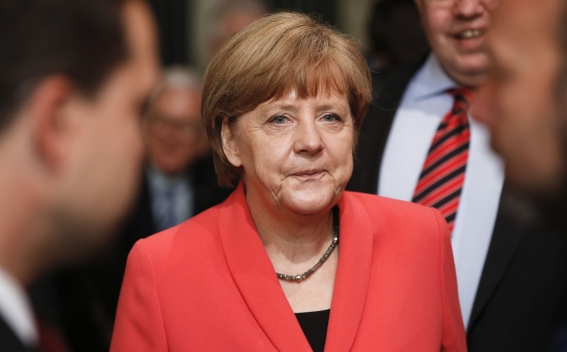 Germany's political uncertainty that lasted for half a year ended: German President Frank-Walter Steinmeier recently confirmed the composition of the new German government. In the next four years, Germany's ruling coalition will be led by Christian-Democratic and Christian-Socialist unions and the German Social-Democratic Party, led by Angela Merkel. It's worth mentioning that this is already the fourth government, which is headed by Merkel.

As a result of 170-day coalition talks, the forces in Merkel’s 4th government have been set as follows: the Christian-Democratic Union has received six ministerial portfolios - ministers of defense, health, education, agriculture, economy, and Merkel's chief of staff. The Christian-Socialist Union has received three ministerial portfolios: ministers of interior, transport, economic cooperation and development.

The portfolios of deputy Chancellor and finance minister, the minister of foreign affairs, the ministers of labor and social affairs, justice, the elderly, women and youth, the environment, the construction and reactor security have been received by the Social Democratic Party of Germany.

As German President Steinmeier noted, this new German government will carry out a new, quite different policy, will deal not only with major problems, but also start a direct dialogue with citizens, first of all with those, who have lost confidence. According to the president, German citizens are facing controversial and emotional issues related to social justice, migration policy and refugee issues.

Perhaps those will be the new government's priorities. It should be noted that Social Democrats start their activity in Bundestag with a historically low rating for them- 17-19%. In order to improve the situation, the party should try to have a breakthrough in the social sphere and in the labor market. In this case, Merkel will not create obstacles for Social Democrats, which is evidences by giving the portfolio of Finance Minister to them.

The other important issue with which the Merkel's reputation and the viability of the new government is connected is the migration policy, as a result of which the extreme right-wing “Alternative for Germany” party entered the Bundestag. Germany, of course, will continue to accept refugees, but under strict conditions. This is the fact that Merkel has entrusted the position of the Minister of Internal Affairs to the former prime minister of Bavaria who has severely criticized Merkel's migration policy.

As for foreign policy, there is no significant change in expectations. Berlin will try to continue to act in the EU as a country that dictates. No substantial changes are expected in the policy towards Russia. Perhaps the new German leadership is also inclined to weaken sanctions against Russia, but there are still no practical steps taken in this regard.

Thus, the main task of the new German government, and especially Chancellor Angela Merkel, will be the restoration of the confidence of the Germans. It is worth mentioning that Merkel's rating is quite low, which is evidenced by the results of polls and the number of ballots received in the Bundestag - 364 out of 709 MPs voted for Merkel.