Panos Kammenos: Greece has the Warmest Feelings Towards Armenia and its People 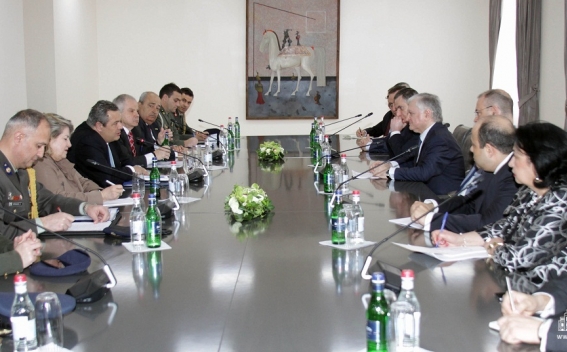 Welcoming the guest in Armenia, minister Nalbandian said the two countries are linked with numerous historical and cultural ties, and Armenia attaches importance to further deepening and expansion of relations with centuries-old friend Greece.

The Greek national defense minister said his country highly values the Armenian-Greek inter-state relations based on mutual trust, adding that Greece has the warmest feelings towards Armenia and its people and wants to further develop the comprehensive mutual partnership.

The Armenian FM expressed satisfaction over the Armenian-Greek expanding partnership in the field of defense.

At the meeting the ministers also touched upon the Armenia-EU mutual partnership, as well as the further intensification of cooperation at multilateral platforms.

Minister Nalbandian introduced the Greek defense minister on the efforts of Armenia and the OSCE Minsk Group Co-Chairs aimed at settling the Nagorno Karabakh conflict.

During the meeting the officials also exchanged views on a number of international and regional issues and their solutions.

The Greek minister presented his country’s approaches on the Middle-East events and the Baltic developments.