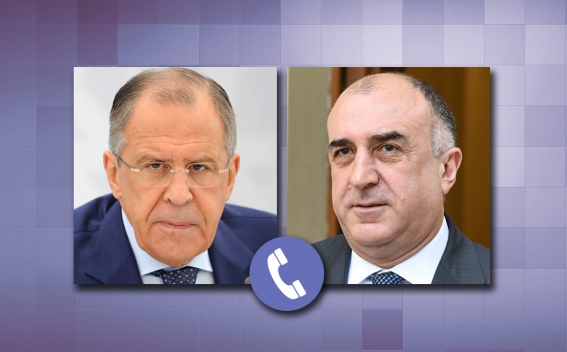 Azerbaijani and Russian Foreign Ministers Elmar Mammadyarov and Sergey Lavrov today had a telephone conversation, the press service of the Russian Foreign Ministry reports. According to the information, issues of development of bilateral relations were discussed. The ministers separately discussed preparations for the 5th Caspian Summit and the signing of the Convention on the Legal Status of the Caspian Sea. The sides also touched upon some aspects of the Karabakh conflict settlement.