The Interview of the Suspected Made Scripal Case Even More Complicated 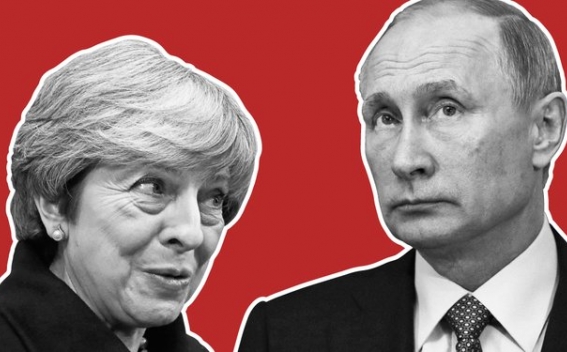 A new scandal has risen between Russia and Great Britain over Sergei Scripal case, a former employee of the Russian intelligence service who was poisioned in the city of Solsbury.

Russian citizens Aleksandr Petrov and Ruslan Boschirov, who, as the British authorities claim, have been involved in the poisoning, were interviewed by Margarita Simonyan, RT's chief editor, and denied all accusations against them.

Petrov and Boschirov insist that they visited Solsbury as tourists and never knew anything about Scripals, as well as never had any contact with the Russian intelligence service. In response to a question whether they had a perfume bottle that the British side showed as an evidence of a crime, they said that this version was "just stupid."

It should be noted that the interview of the suspects in fact denies the accusations brought by the UK against Russia. However, it is difficult to say to what extent their statements are true. RT's chief editor, Margarita Simonyan, denied the allegations made by British intelligence services at BBC Newsnight but at the same time pointed out that "there is no reason to believe these men either."

However, it is noteworthy that Simonyan says Alexander Petrov and Ruslan Boschirov disappeared immediately after the interview with RT.

Simonyan noted that Petrov and Boschirov had promised to send a photo made on the background of  Solsbury Temple, but it has not yet happened, and their phone number is inaccessible as well. She also said that those responsible for the Scripal poisoning had agreed before the interview that it would be their first and last interview and did not give any further information on how to find them.

It should also be noted that the interview of suspected caused mutual accusations between the Russian and British MFA representatives. As the "RIA Novosti" informs, the British Foreign Ministry spokesman commented on the interview as "another example of Russia's confusion and lie". "It's obvious to the government that these people are officers of the Russian military intelligence service, and that they used illegal chemical weapon in our country," the Foreign Ministry spokesman said.

Official spokesman for the Russian Foreign Ministry Maria Zakharova, in turn, touched upon the British Foreign Ministry statement, "And these are the same people who claimed that Petrov's and Boschirov's passports were given by false names. Boris Johnson left the boat sinking under Tereza May's control just on time."

Thus, the interview of the suspected made this case even more complicated.