Rouhani: Americans Want Iran to Have no Security 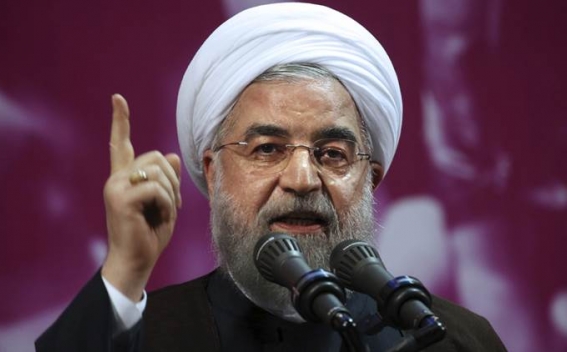 President Hassan Rouhani says the United States wants to cause insecurity in Iran with the help of "small mercenary states" in the region, but that the Islamic Republic is ready to confront them, ''Press TV'' reports.

"Americans want Iran to have no security. They want to create chaos and turmoil and set the conditions so that they can return to the country one day and take charge as they did in the old days, but none of these is possible," the president said.

"These are unattainable dreams and America will never achieve any of these goals," Rouhani added.

Rouhani also said the US is provoking regional states against Iran, citing the terrorist attack in Ahvaz, which also left scores of people, including women and children, injured.

"It is entirely clear to us who did it, who they are and where they are affiliated to," he said.

"The sponsor of all these small mercenary countries in the region is America. Americans are provoking them and providing the right conditions for them to commit these crimes," Rouhani added.