Branson Operation: The Perspectives of the Development of Turkish-American Relations 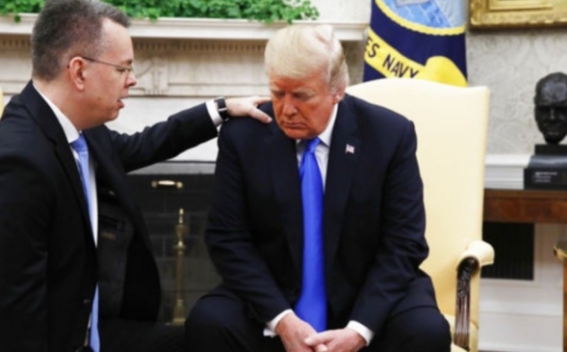 The release of American pastor Andrew Branson from the Turkish prison creates an opportunity for progress in Turkish-American relations. For almost a year, the arrest of an American cleric by the Turkish authorities was regarded as the most problematic issue in bilateral relations, in the background of all the geopolitical disagreements between the parties.

This is quite understandable, given the fact that the current US administration gets the main support from evangelicals, and the Trump administration has been subjected to significant lobbying on the issue of Branson, making Washington to impose sanctions on Turkish officials, and even the intention to break diplomatic relations.

The sanctions imposed by the US led to the significant depreciation of the Turkish lira, deepening the economic crisis in the country. The preservation of such a situation could have caused social and economic disturbances in the country.

However, as we have noted, the case of Branson is not the only disagreement between the Turkish-American relations. Thus, Washington's support for Syrian Kurds, the acquisition of Russian C-400 anti-missile systems by Turkey, the extradition of opposition Islamist leader Fethullah Gulen, accused of coup d'etat in Turkey, etc. remain tense topics in Turkish-American relations.

Now, when Branson's case is already settled, the dialogue between the parties on the above-mentioned issues becomes possible. Thus, American support to Kurds is no longer so painful for Turkey. Firstly, after the defeat of the Islamic State terrorist group in Syria, the importance of Kurds for Americans has dropped dramatically, and secondly, as Turkey has been successful in military operations and diplomatic moves, it controls the majority of the northern regions of Syria and, finally, it should not be forgotten that Ankara's approach in the settlement of the Syrian conflict is quite different from its main allies Russia and Iran, so Ankara is interested in US-led coalition's keeping its positions in Syria.

As to the extradition of Fethullah Gülen, it should be noted that the United States can take that step only for a very high price because Gülen is an essential factor of its influence on Turkey. At the same time, the question of Gülen's extradition no longer has much importance for Erdogan after legalizing his sole power in the country. Therefore, this issue will also remain on the agenda of bilateral relations, but will not be a significant obstacle for their development.

Thus, being liberated from the lobbying pressure around Branson, Trump takes the opportunity to do what he had planned to get out of the "heavy heritage" he received from Obama on his first trip to the Middle East. By the way, in the face of progress in the case of Branson, Turkey and the United States already have a very successful cooperation, namely, for the investigation of the disappearance of Saudi  opposition journalist Jamal Khashkaji.