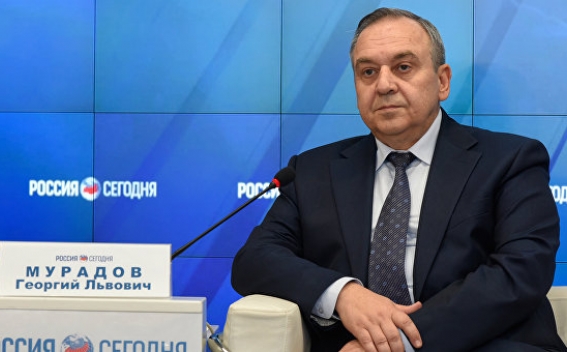 On the occasion of the 5th anniversary of unification of Crimea with Russia, a photo exhibition was organized in the Yerevan branch of the Moscow Lomonosov State University, Armenpress reports.

During the exhibition Georgy Muradov, Crimea’s Deputy Prime Minister and Authorized Representative Under the Russian President, said in opening remarks that Armenia and Crimea are unbreakably tied together. He said Crimea and Armenia have been and will be together for many centuries.

He said organizing the photo exhibition at the Yerevan branch of the Moscow university is ''very important and significant''. The Crimean delegation also laid flowers at the statue of Hovhannes Ayvazovsky.