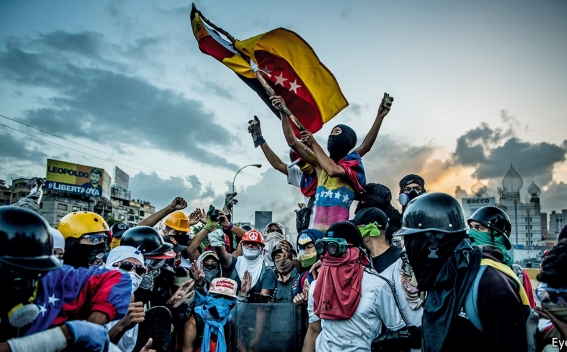 Venezuela’s Maduro has decided to use all the legislative levers to sideline opposition leader Juan Guaido, who has declared himself as interim president. The latter has not only been stripped of his parliamentary immunity but also criminal prosecution has been brought against him. As Maduro said, “Guaido must answer for everything, including betraying his country.”

However Guaido’s arrest may escalate the situation in Venezuela even more and lead to civil war. The opposition already has order to use force in the event of Guaido’s arrest. It is more than dangerous given that the society is split into two camps. The Venezuelan Meganalisis polls show 80% population support to the opposition leader, and 20%, including the police and army to Maduro.

The situation may aggravate in the event of the US interference. The US has repeatedly warned Maduro administration that the arrest of Guaido, recognized by them as legitimate president of Venezuela, will bring about their crackdown measures.

To be noted that the authorities of Venezuela took to these measures following Guaido’s call to take to the streets every time blackouts occur and declared April 6 as the start date of toppling Maduro in the margins of “Freedom” strategic operations. Venezuela’s el Guri Hydroelectric Plant has been attacked 4 times in one month.

Maduro himself confesses that this plan of revolution works effectively. The opposition uses blackouts to aggravate the disappointment with the authorities and pushes them to action. According to the plan the operation of overthrowing the acting president is to end up in Caracas with large-scale protests.

The acting president is still in control of the situation having the army’s support. But if the latter join the opposition things would turn upside down.