Istanbul Mayor’s Office, a Matter of Life and Death For Erdogan 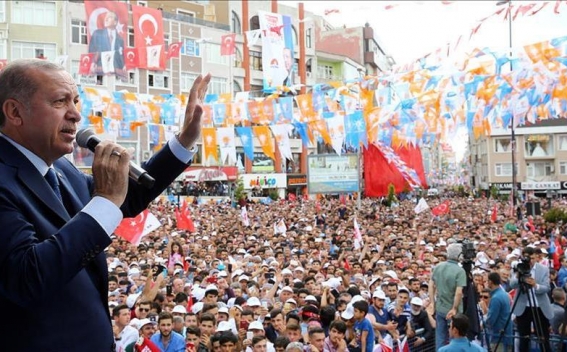 March 31 local elections in Turkey loomed deterioration for president Erdogan and his political party. For the first time in the recent 16 years the ruling AKP party lost elections in such big cities as Ankara, Izmir and Istanbul with the latter being Turkey’s biggest economic and cultural center and Ankara that of political one. Izmir also plays an important part in the political and economic life of the country. The mayors’ offices in these cities will now be held by figures with who Erdogan has little to do.

That’s a hard blow for the president who spared no efforts to win these elections. During the pre-election campaign Erdogan and his party held numerous meetings with hundreds of thousands civilians speaking about AKP achievements, namely new airports, power plants as well victories in Syria. Amongst all this no word about the needs of ordinary people, improvement of their economic situation and steps to be taken towards that.

It is to be noted that Turkish lira in the recent years has been inflated and unemployment rate increased. Erdogan and his party failed to find a successful model of economic development for many years. Big amounts of money were spent only on infrastructure with no steps being taken towards labor force performance productivity. Turkey has a great potential for agriculture in the first place. However the bulk of vegetables and fruits are imported because of lack of investments in agriculture.

Erdogan, however, is not going to admit his mistakes and consider Turkish civilians’ choice. Three weeks after the elections he wouldn’t admit the defeat in Istanbul. The struggle for Istanbul mayor position for AKP has become a matter of life and death. As Erdogan put it, “The ruler of Istanbul rules the whole country.” That’s why in spite of opposition Ekrem İmamoğlu having officially assumed the mayor’s office, the ruling AKP demanded to rescind Istanbul election results. They claim that 14, 000 people having been banned by the president the right to vote, have anyway illegally taken part in the elections. Such accusations have become regular in Turkey following Turkish elections.

Interestingly Turkey’s supreme electoral board decided to annul mandates of eight mayors from the southeastern regions of the country from the pro-Kurdish party, stating that they had earlier been dismissed by a government decree due to unsuccessful coup attempts in Turkey in 2016.

Even if Erdogan and his party succeed in holding new elections in Istanbul, it will not be realistic to absolutely say that they will achieve their desire and return the city under their control. The results of the local elections in Turkey showed that in the face of the domestic political crisis, especially in major cities, Erdogan and his party’s reputation has fallen.

If continued this way it could contribute to the consolidation of opposition forces in the upcoming parliamentary and presidential elections.