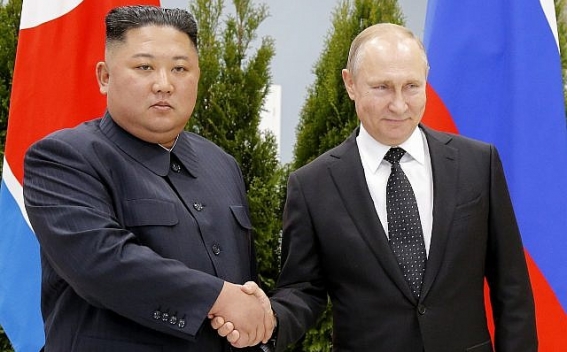 Speaking after a high-profile summit with Kim, Putin said Russia favored denuclearization on the Korean Peninsula and Kim agreed, but said bilateral security guarantees were not enough.

Putin said he didn’t know if it was time to resume six-way talks with North Korea to end a standoff over its nuclear weapons program. The  “six-party talks” had taken place between North and South Korea, the U.S., Japan, Russia and China in the early 2000s, but collapsed in 2009 when North Korea pulled out, saying it would resume its nuclear enrichment program in order to boost its nuclear deterrent.