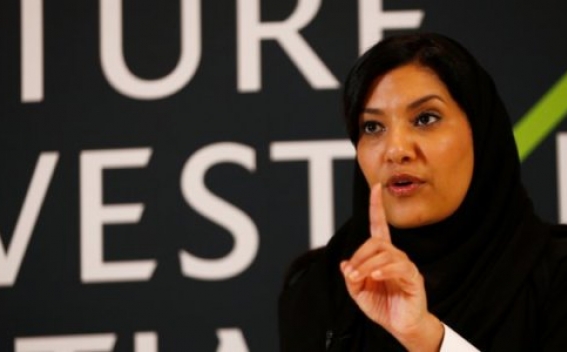 U.S. Senator Adam Schiff met the Saudi Ambassador to the US, Princess Reema bint Bandar Al Saud, at a party hold in the Embassy of Saudi Arabia in Washington on Friday, April 26. In their two-hour meeting, the negotiation were mostly focused on bilateral cooperation and the Saudi investment in California. Furthermore, during the meeting, Sen. Shiff’s Resolution to Congress to officially recognize the Armenian Genocide of 1915-1923 was introduced to the Ambassador, ARMENPRESS reports, Adam Schiff’s official website informs.

"Saudi Arabia was also under severe oppression during the Ottoman Empire, and no pleasant recollection has been left in our history during the Ottoman era. The Saudi government policy has always been and continues to be insisting on the protection of human rights. Inquiry about historical events is every nation’s right and no one should worry when the truth comes out. Turkey is the main accused of the Armenian Genocide and cannot claim concern about human and civil rights protection until the truth comes out”, the Saudi Princess said.

The Ambassador promised to finance the lobbying activities among the Congress members to pass the Resolution, adding that the policies of Turkey in recent years have always been a source of concern for Riyadh.

Adam Schiff (Democrat) and Gus Bilirakis (Republican) have introduced a bipartisan Resolution to Congress that if it would be passed the US government officially recognizes the Armenian Genocide by Turkey.