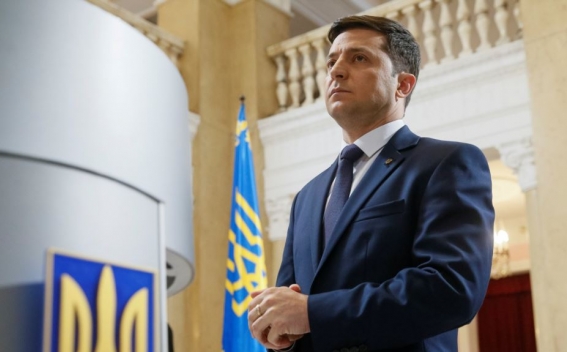 The election was expected to take place in October 2019. But at the ceremony in Kiev Mr Zelensky said "I am dissolving the Verkhovna Rada (parliament)".

He said ending the conflict with Russian-backed rebels in the east would be his top priority.