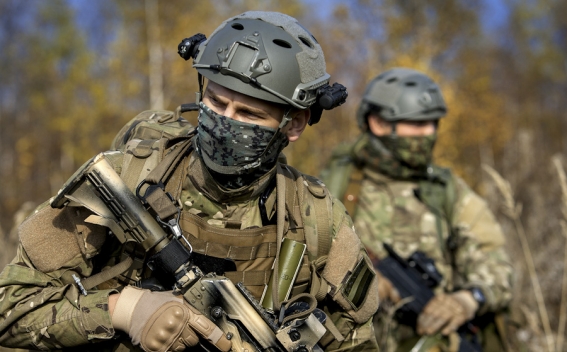 Law enforcers have neutralized two militants blocked in a residential house in the town of Kolchugino in the Vladimir region, the National Anti-Terrorism Committee (NAC) said on Wednesday, according to TASS.
"In response to a proposal to surrender and turn themselves in to the authorities, perpetrators opened fire at law enforcement officers. As a result of the ensuing clashes, perpetrators were neutralized by response fire," NAC said.

NAC noted that the identities of the militants were preliminarily established, and they "supported one of terrorist organizations, communicated with emissariers abroad and prepared to carry out a terrorist attack in a crowded place." "At the scene, law enforcers found weapons, ammunition, as well as an improvised explosive device and extremist literature," NAC added.

The committee said that no law enforcers or civilians were injured in the operation.