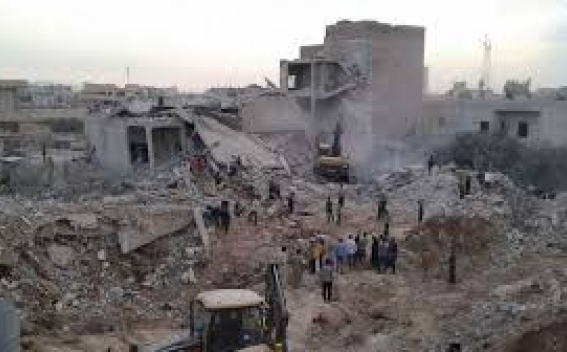 Air strikes by Damascus or its ally Moscow killed 12 civilians in a market in Syria's Idlib province, a monitor said Wednesday, as fierce fighting raged for the jihadist-held northwestern region, France24 reports.

Another 18 people were wounded when the warplanes hit the jihadist-held town of Maarat al-Numan around midnight (2100 GMT) on Tuesday, the Britain-based Syrian Observatory for Human Rights said.

The market was crowded with people out and about after breaking the daytime fast observed by Muslims during the holy month of Ramadan.

The strikes came as heavy clashes raged in the north of neighbouring Hama province after the jihadists launched a counterattack on Tuesday against pro-government forces in the town of Kafr Nabuda.

Fresh fighting on Wednesday took the death toll to 52 -- 29 troops and militia and 23 jihadists, the Observatory said.