More Than 40 Die As Bus Plunges Into Gorge in India 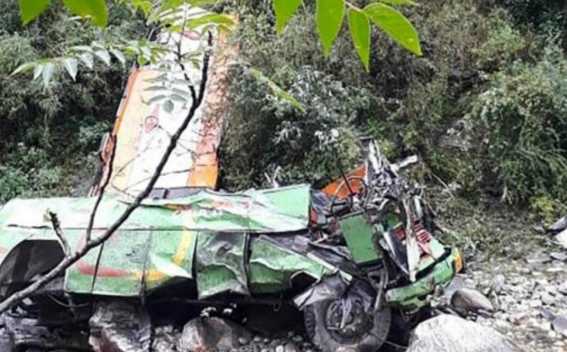 At least 44 people were killed when a bus in India’s mountainous state of Himachal Pradesh plunged into a gorge on Thursday, officials said.

Another 28 were undergoing treatment, many of them for critical injuries, after the private vehicle veered off the road and fell into a 150-metre (500-foot) gorge near Banjar in Kullu district of the northern Himalayan state.

The bus was carrying more than 60 passengers, a large number of them on the roof, when it lost control at a sharp curve and rolled down the steep mountain before perching on the edge of a stream, the Guardian reports.