Trump Says the U.S. Navy Downed an Iranian Drone in the Strait of Hormuz 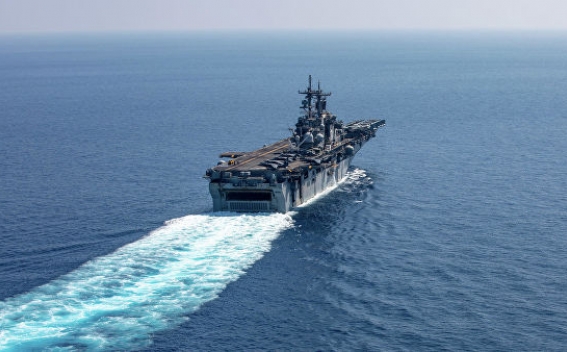 A U.S. naval ship downed an Iranian drone that flew too close and ignored multiple calls to turn away, President Trump said Thursday, as tensions between the United States and Iran appeared to be rising once again in the Persian Gulf region, The Washington Post reports.

Speaking at the White House, Trump said the drone came within 1,000 yards of the USS Boxer in the Strait of Hormuz before the crew “took defensive action” and “immediately destroyed” it.

“The United States reserves the right to defend our personnel, our facilities and interests, and calls upon all nations to condemn Iran’s attempts to disrupt freedom of navigation and global commerce,” he said. “I also call on other nations to protect their ships as they go through the strait and to work with us in the future.”

Trump’s disclosure of the drone incident came hours after Iran’s Islamic Revolutionary Guard Corps said it was responsible for seizing a tanker that went missing over the weekend in the strait, which controls access to the Persian Gulf and the oil that flows through it.