Pakistan may transfer troops from Afghan to Indian border 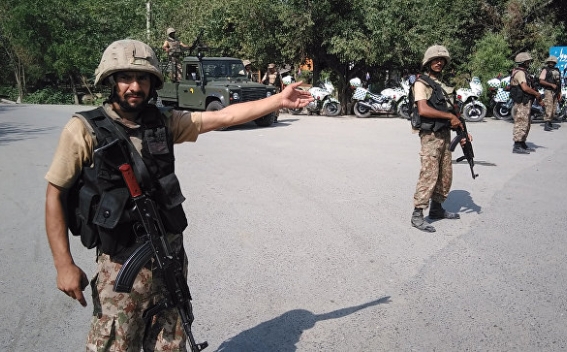 Pakistan may transfer troops from the border with Afghanistan to its eastern border in connection with the decision of India to abolish the special constitutional status of Jammu and Kashmir, Pakistan’s ambassador to the US, Asad Majeed Khan, said in an interview with the New York Times.

According to him, if the situation escalates on the eastern border, then the deployment of troops will be carried out.

In context of aggravation of relations between Pakistan and India over Kashmir, the possibility of the transfer of Pakistani troops from the Afghan border may introduce a new element into the peace talks [with the Taliban], which, presumably, have entered the final stage and should put the end of almost two decades of US military intervention in Afghanistan, the source noted.

Earlier, US Special Representative for Afghanistan Zalmay Khalilzad said the talks between Washington and the radical Taliban movement the eighth round of which ended on Monday in the capital of Qatar, Doha, were productive.