Merkel on her Plans after 2021 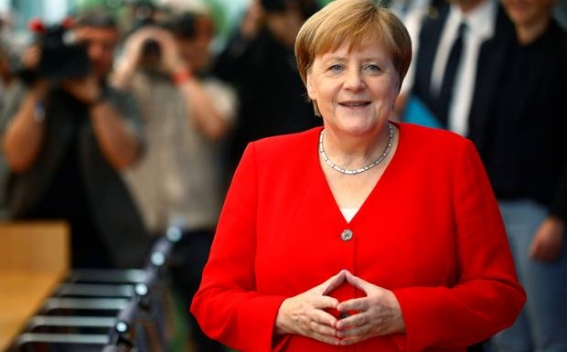 German Chancellor Angela Merkel confirmed today that she has no plans to continue in active politics after 2021 during a live town hall-style event with local newspaper Ostsee Zeitung, Politico reported.

"I will remain a political person, but I won't have an active political office," she said.

Merkel said this includes at the EU level, saying those jobs are "already allocated."

Merkel announced late last year that she would not seek reelection when her term comes to an end in 2021. With 14 years in office, she is one of Germany's longest-serving chancellors, guiding the country through the 2008 global financial crisis and more recently the 2015 refugee crisis, which caused her to lose support amid opposition to her open-door policy.