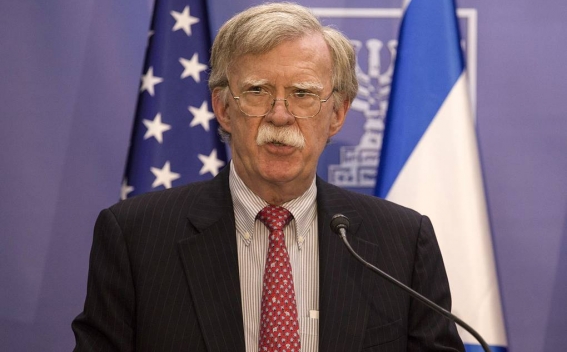 Commenting on recent affairs in an interview with US media, US National Security Advisor John Bolton accused Russia of building hypersonic missiles based on stolen US military technology, Sputnik reports.

Speaking about a recent explosion at a military facility in Russia’s Arkhangelsk region, Bolton speculated that the incident “demonstrates that although Russia’s economy is roughly the size of the Netherlands, it’s still spending enough on defense to not only modernize their nuclear arsenal, but to build new kinds of delivery vehicles – hypersonic glide vehicles, hypersonic cruise missiles – largely stolen from American technology.”

“Dealing with this capability and the possibility that other countries would get it too remains a real challenge for the United States and its allies,” he said, coyly adding that “we know more than I’m going to tell you” about the incident.

On 8 August, an explosion rocked the village  of Nyonoksa in the Arkhangelsk region. Five people were reported dead as a result of the incident. The Russian Defense Ministry disclosed that the explosion happened during a test of a new jet engine, without providing further details. Following the incident, media speculated on the nature of the detonation, suggesting, among other things,  that the explosion could have belonged to a prospective nuclear-powered hypersonic Burevestnik ‘Skyfall’ missile.