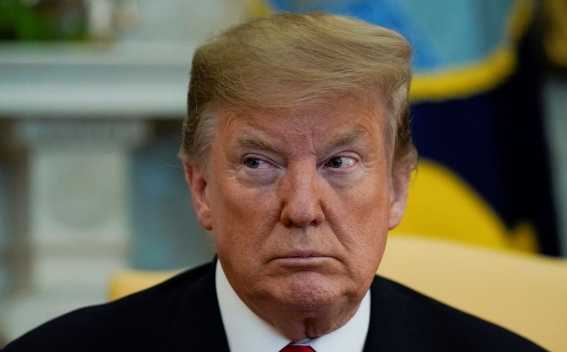 The states are suing the Department of Homeland Security over the new rule that expands the government's ability to deny entry or green cards to legal immigrants based on their use of public services like food stamps and Medicaid. The rule, announced Monday, is set to go into effect on Oct. 15.

Wednesday's lawsuit, co-led by Virginia Attorney General Mark Herring, is the first to be filed by states against the rule and the second overall challenge since the government rolled out the rule. The other attorneys general filing suit include those from Colorado, Delaware, Illinois, Maryland, Massachusetts, Michigan, Minnesota, Nevada, New Jersey, New Mexico and Rhode Island.

Representatives for Santa Clara County and San Francisco filed a suit on Tuesday seeking a temporary injunction in the District Court for the Northern District of California.

Ferguson said the rule is unlawful as it changes the “longstanding meaning” of the term “public charge,” arguing that it violates the Immigration and Nationality Act.

“The rule is arbitrary, capricious, and an abuse of discretion because—among other reasons—it reverses a decades-old, consistent policy without reasoned analysis,” Ferguson wrote in the 169-page complaint.

The lawsuit also has the support of Washington Gov. Jay Inslee, a Democrat hoping to take on Trump for the presidency in 2020.

“Washington will always be a state that stands with immigrants and no action by the Trump administration, either through deeds or words, can change that,” Inslee said in a release announcing the lawsuit.

“I fully support this action by the Attorney General to stand against the devastating impacts of this xenophobic policy.”

“The Trump Administration’s message is clear: if you’re wealthy you’re welcome, if you’re poor, you’re not,” Ferguson said in a statement.

“It forces families into an impossible choice — to sacrifice their dream of becoming Americans in order to provide health care, food or a roof over their children’s heads, or let their families go without in order to remain in the country. This rule is un-American, anti-immigrant and unlawful. I intend to stop it.”

The law was previewed in September and received more than 200,000 public comments online, many which were critical.

The Trump administration has defended the rule change as a way to promote “the ideals of self-sufficiency and personal responsibility.” Trump has sought several means of curtailing illegal and legal immigration during his presidency — the majority of those efforts have been met with legal challenges.