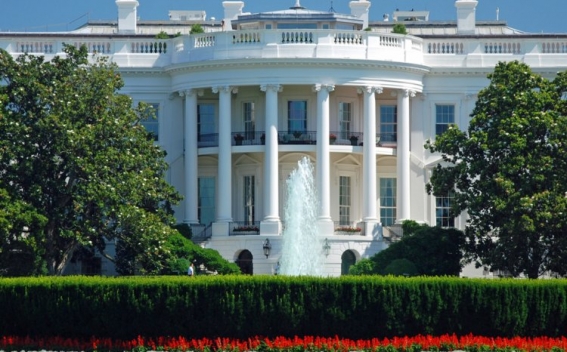 The Trump administration is looking to cut more than $4 billion in foreign aid spending, including severe cuts to the United Nations budget that advocates say will threaten national security and increase human suffering around the globe, Politico reports.

The White House budget office is eyeing $2.3 billion in cuts to USAID and a $2 billion cut to the State Department through a process called rescission, an administration official speaking on background confirmed to POLITICO. The official cautioned that the numbers are subject to change.

The requested cuts to be sent to Congress— which the foreign aid advocacy community is widely expecting — would include $787 million for U.N. international peacekeeping activities, $522 million in core funding for the U.N. and $364 million for a range of U.N. humanitarian and human rights programs, the administration official confirmed. Two advocates, also speaking on background, said their understanding is the same.

The administration is angling for the funding cuts just two weeks after Trump signed a two-year budget deal that’s projected to add $1.7 trillion to the federal debt over a decade.

The Office of Management and Budget did not respond to a request for comment.

Congress typically has 45 days to approve a presidential rescission package, which aims to rescind funding previously appropriated by Congress. The money is frozen during that time, and if Congress doesn’t approve the package, the funding is released.

But advocates expect the Trump administration to submit its package early next week, which would effectively cancel the funding by freezing it through the Sept. 30 end of the fiscal year, when the money is set to expire.

Critics say the move would amount to a violation of the Impoundment Control Act of 1974, which spells out the steps that the president must take in order to pull back funds appropriated by Congress.

The proposed cuts would come after OMB temporarily hit pause on 10 pots of foreign aid, which many took as a sign that a rescission package was imminent.

Lowey, who also chairs the House spending subcommittee that funds the State Department and foreign aid, called the idea of a rescission package “wrong-headed.”

“The funds were appropriated by overwhelming bipartisan majorities and the lengthy negotiations between the House, the Senate, the White House,” Lowey said during a phone interview this week. “And they were signed into law by the president. So cuts to foreign aid have repeatedly been rejected on a bipartisan basis. And I do believe that there’s bipartisan, widespread understanding that these funds are essential for U.S. global leadership and protecting the security of the American people.”

The cuts sought by the administration “would be devastating,” said Jordie Hannum, executive director of the Better World Campaign, an organization that works to strengthen the relationship between the U.S. and the U.N.

“They’d be sabotaging these missions and ensuring untold suffering for millions of innocent civilians who rely on the missions for protection,” Hannum said. “If we cut funds for U.N. Peacekeeping missions around the world, our country will be less safe. This is a direct threat to U.S. national security.“

A host of other organizations have also urged OMB to drop the rescission package, including the Professional Services Council, a trade association that represents federal contractors.

“Failing to obligate existing appropriations not only creates the false appearance that these are somehow excessive funds while ongoing development work remains underfunded, it also ignores the fact that ongoing programs — implemented at the behest of federal government — need to be paid for,” said David Berteau, the association’s president and CEO, in a statement.

“Rescinding funds rather than using them would also undermine Congressional intent and direction in the FY19 appropriations legislation,” he said.