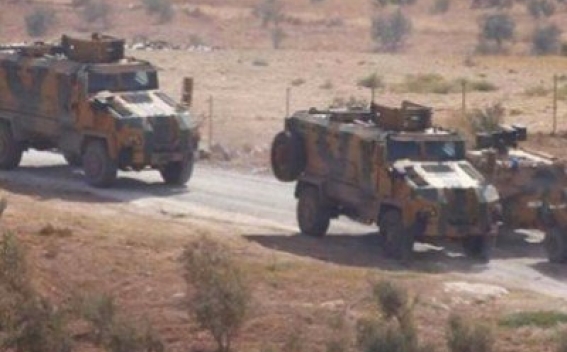 Turkish military vehicles loaded with ammunition have crossed Syria’s border and are heading towards the city of Khan Shaykhun, the Syrian Foreign Ministry reported on Monday, TASS reports.

"Turkish vehicles loaded with ammunition have crossed the border and are heading towards the city of Khan Shaykhun, Idlib Governorate," the Syrian Foreign Ministry said. It noted that the convoy was on its way to Khan Shaykhun "to help the defeated terrorists from the Jabhat al-Nusra group, which affirms again the continued unlimited support provided by the Turkish regime to terrorist groups."

The Foreign Ministry noted that Syria "strongly condemns this flagrant Turkish violation" and holds Ankara fully responsible "for the consequences of this stark violation of the sovereignty and the territorial integrity of the Syrian Arab Republic."

At the same time, Damascus confirmed that Turkey’s actions would in no way affect the Syrian army’s determination to hunt down the remaining terrorists in Khan Shaykhun and other areas until Syria is fully liberated from terrorists.