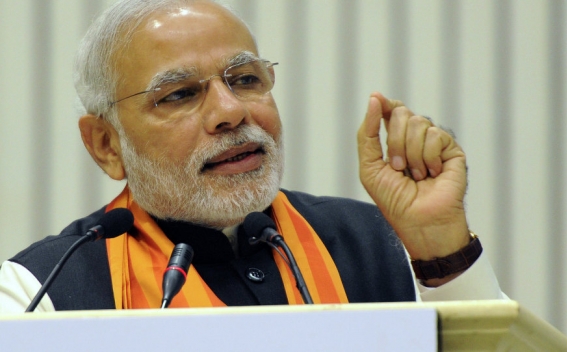 Prime Minister of India Narendra Modi on Sunday urged people to observe the 150th birth anniversary of Mahatma Gandhi this year as a day to make India plastic-free and exhorted municipalities, NGOs and the corporate sector to come up with ways for safe disposal of accumulated plastic waste before Diwali, ndtv reports.

The call for a mass movement came days after PM Modi's Independence Day's address in which he had urged people to shun single-use plastic to protect the environment.

In his monthly radio address "Mann ki Baat", the prime minister also urged people to participate in the annual "Swachhta Hi Seva" or "the quest for cleanliness is service" campaign, which will begin on September 11 this year.

"This year, on October 2, when we celebrate Bapu's 150th birth anniversary, we shall not only dedicate to him an India that is open defecation-free but also shall lay the foundation of a new revolution against plastic, by people themselves, throughout the country," he said.

He said people from all strata of the society should celebrate Gandhi Jayanti this year as a day to make "Mother India plastic-free".

"I also appeal to the corporate sector to come out with ways and means for appropriate disposal of all accumulated plastic. It can be recycled; it can be transformed into fuel. This way we can accomplish our task of ensuring safe disposal of plastic waste before this Diwali," he said.