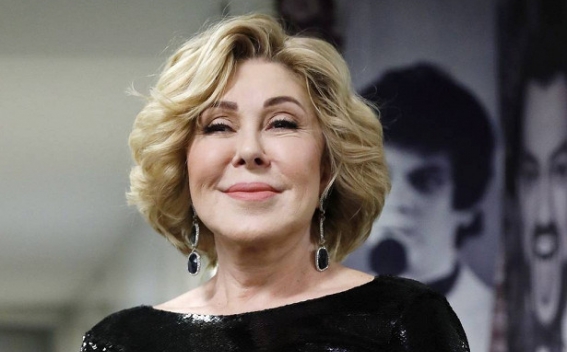 The famous Russian singer Lyubov Uspenskaya, while in Azerbaijan, performed a song in Armenian.

The video, in which Russian singer Lyubov Uspenskaya confessed to singing an Armenian song in Azerbaijan, sparked outrage on the Internet and was criticized by Azeribaijanis, Sputnik News reports.

''At the height of the Karabakh war I went to Baku on tour. After the concert, Azerbaijanis invited me to dine at one of the famous restaurants in Baku. We drank so much alcohol there that we became really funny. Then the guests asked me to sing.  I was so drunk that I completely forgot where I was. I began to sing in Armenian. The musicians accompanied for several minutes, and then got up and left the room'', said Uspenskaya.

After that, she sat at the piano and sang a song about her love towards Armenia.